After a career as an aircraft engineer based in East Africa, in 2004 64 – year old John Elwell decided that it was time to change down a gear and return home. Not the type to retire, Elwell started producing sculptures just for his own interest and to party to fund his passions for motorcycling. Inspired by aquatic forms, Elwell produced dazzling dolphin and swordfish pieces using aviation techniques, which involved polished, hand-formed panes riveted together around an internal space frame structure.

Word soon got out and a garden designer became his sales outlet, but a visit to the National Motor Museum brought about a dramatic change of direction after Elwell saw a Golden Arrow fir the first time. The spectacular Captain Irving – designed LSR machine prompted his first automotive sculpture using the same techniques. When Beaulieu staff learnt about Elwell’s plans, they happily granted him closer access and the 50 inch long work was eventually finished in 2006.

Selling it required a new channel and Elwell contacted a local antique dealer who introduced him to Simon Khachadourian of the Pullman Gallery. ‘John arrived at our Mayfair shop with the Golden Arrow in his arms and I thought that it was marvelous’, recalls Khachadourian. ‘I remember asking if he could produce five more, but John looked unenthusiastically saying that he’d prefer to make one off pieces’.

Since then Elwell and Khachadourian have become a creative team, with the London-based specialist advising on subjects. To date, Elwell has produced 16 sculptures exclusively for the Pullman Gallery, all in distinctive riveted aluminum. Each takes about six months to complete, depending on its complexity, so priced according – think well into five figures.

Elwell’s automotive studies have so far included the 1935 Blue Bird, Maserati 250 F, GP Talbot – Lago, Bugatti Type 57s Atlantic, Jaguar D-Type and Aston Martin DBR1. The most challenging was the Bugatti Royal of 2009, which ended up at more than 5ft long. Its wheels are cast in one piece, and ‘ebonised’ to simulate tyres. For the elephant, Elwell had to work from solid. On went Radio 4 at 9am and by 5pm the stylised carving was done. His scope has broadened to include aircraft, steam locos and a magnificent Chrysler Building that made its debut at the June Masterpiece London show. Elwell’ s future projects include a Douglas Dakota and the Brooklyn Bridge. 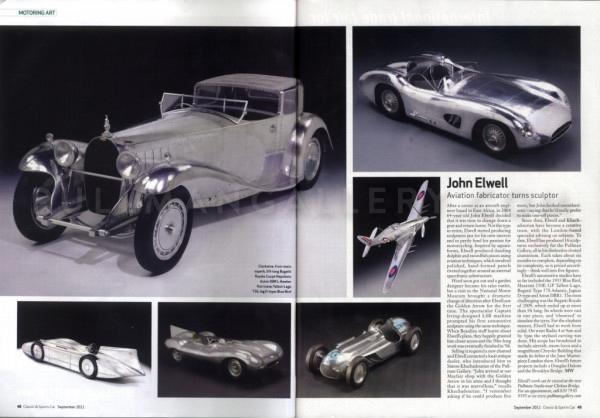 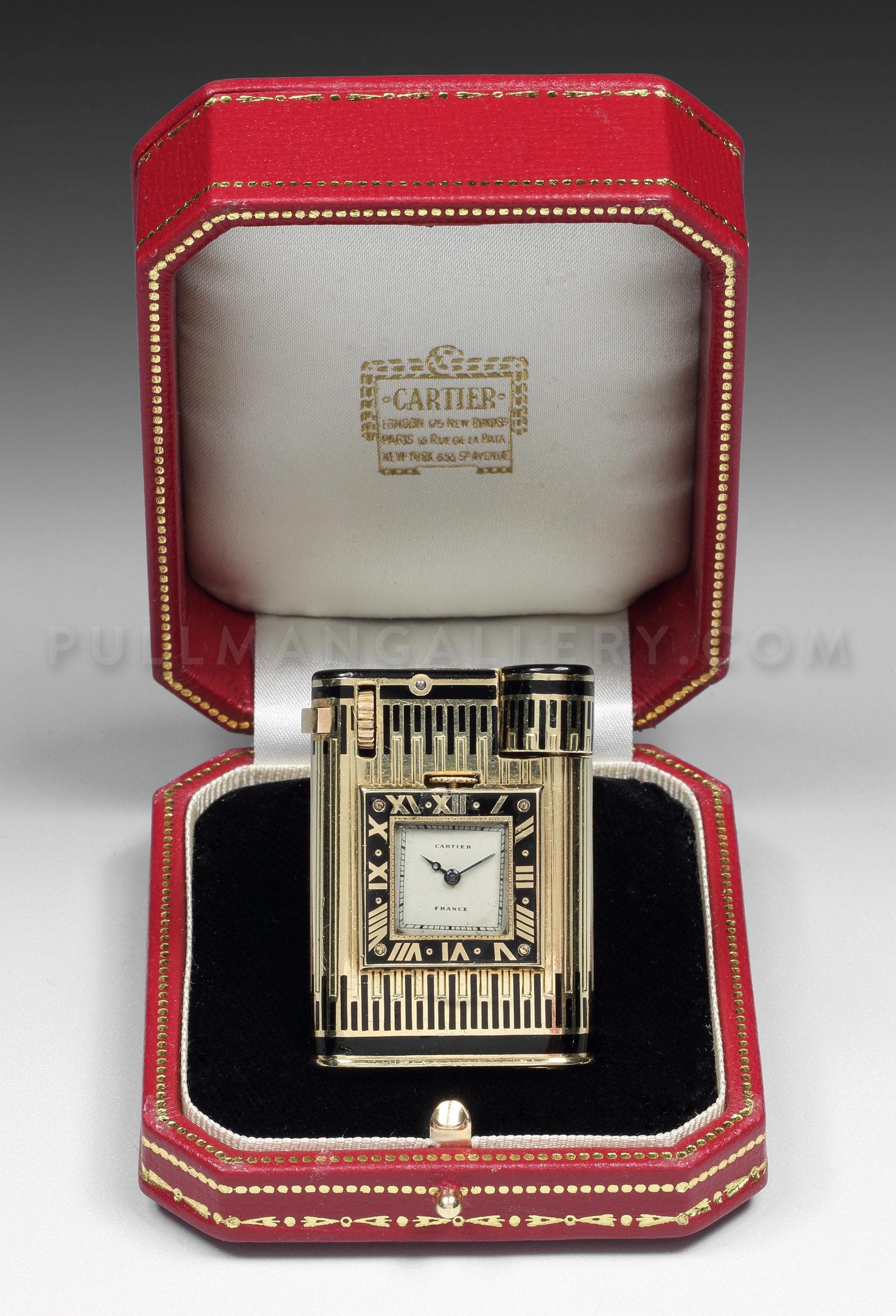 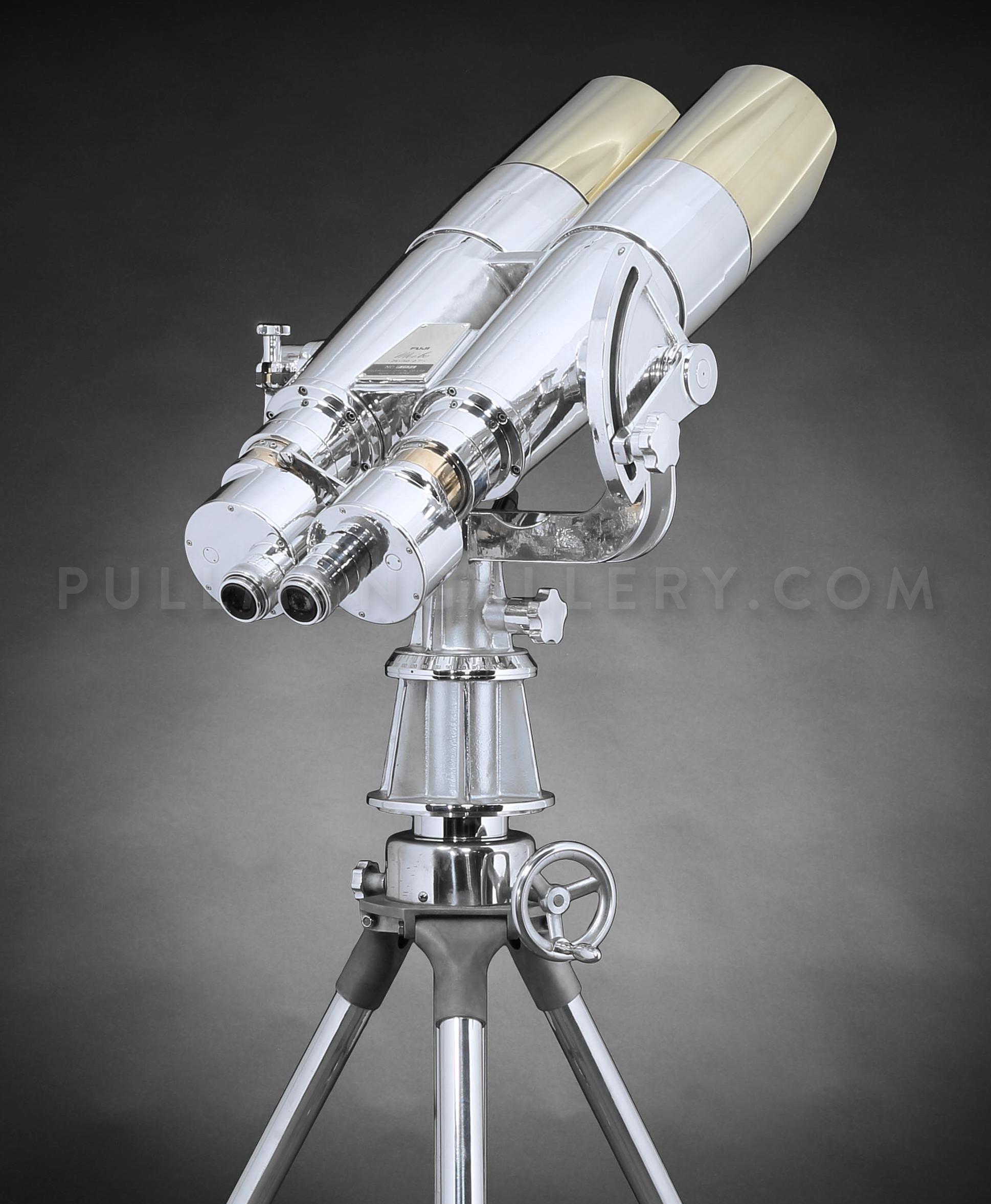