Today the Tour de France is known as a cycling event, however in the 1960s the Tour de France Automobile was an extremely high profile, annual week-long event racing through the roads of France. Mixing sections of public road, along with speed tests held at venues such as Rouen, Montlhery, Mont Ventoux and Le Mans, it attracted some the greatest drivers and cars of the day. The 1964 event, depicted in this painting by British automotive artist Tim Layzell, features the event-winning Ferrari 250 GTO driven by Belgian driver Lucien Bianchi, being closely chased on a road section.

After running for 80 years, in the 1980s the Tour de France Automobile became part of the European Rally Championship, before ceasing altogether in 1986. The event was revived as a historic car rally in 1992 and continues to run annually, now known as Tour Auto. 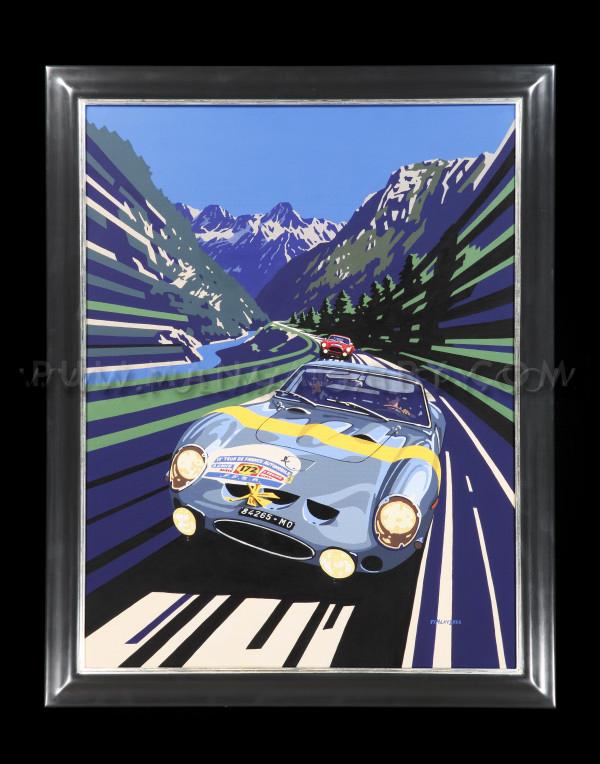 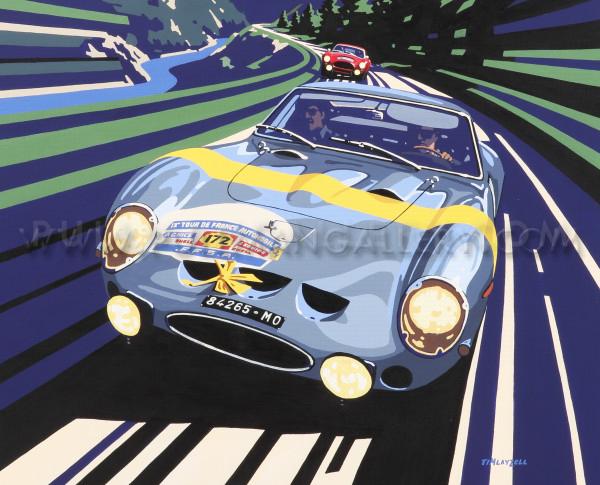