The ‘Shah of Iran’ Bugatti by John Elwell

Mohammed Reza Pahlavi, the Prince of Persia and future Shah of Iran, received this striking supercharged Bugatti as a gift from the French government on the occasion of his first wedding. The dramatic body was constructed by Vanvooren of Paris in the style of Figoni & Falaschi, one of the most progressive coachbuilders of the day. Advanced features include fully skirted fenders, a top that conceals beneath a metal panel when down, and a windshield that can be lowered into the cowl by means of a hand crank mounted under the dashboard. In 1959 the Bugatti was sold out of the Shah’s Imperial Garage for a sum equivalent to approximately 275 U.S. dollars. It was subsequently owned by a succession of Bugatti enthusiasts, but never publicly shown until after receiving a complete restoration in 1983. 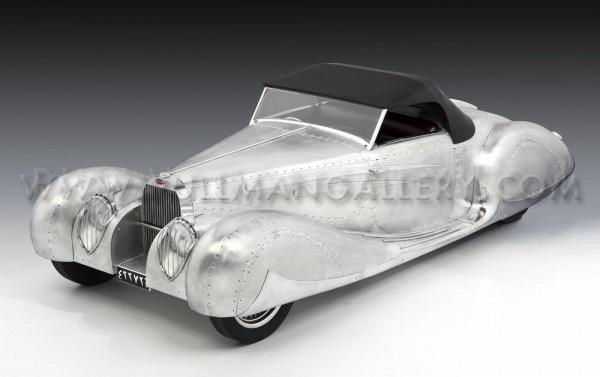 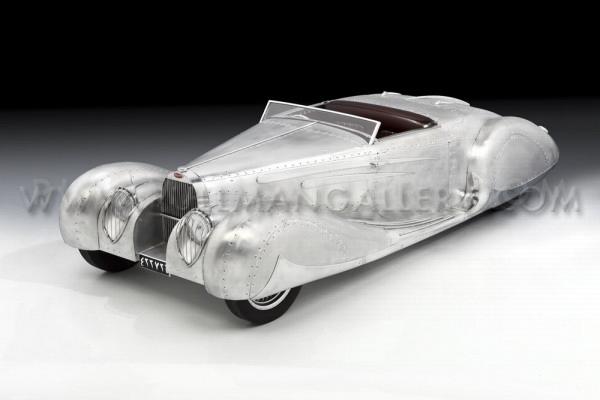 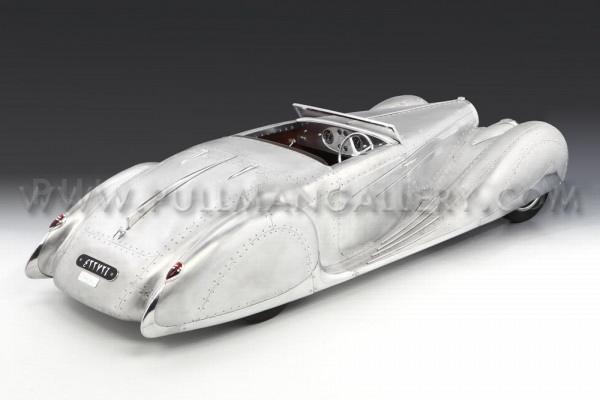 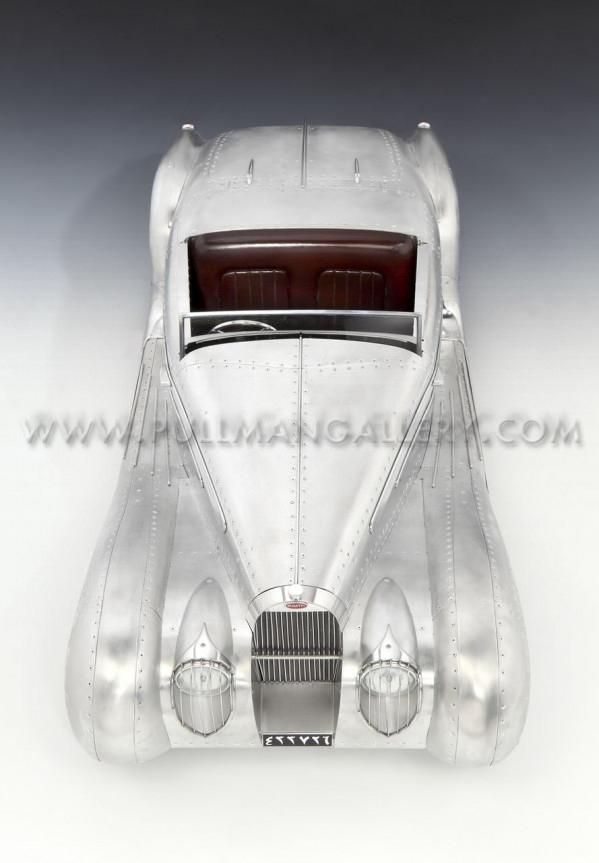