An extremely evocative and atmospheric oil on canvas depicting the Sunbeam Rapier driven by Peter Harper and Raymond Baxter in the 1960 event. Framed within its original hardwood frame, and unglazed. Signed by the artist and dated March, 1960.

Raymond Baxter OBE (1922-2006) was better known as a television personality and journalist, and was the first presenter of BBC’s Tomorrow World (1965-1977). He was also a RAF pilot and extremely accomplished rally driver and competed in the Le Mans 24-Hour race, and in the Monte Carlo Rally at least a dozen times. In the 1960 event, depicted in this work by Terence Cuneo, Baxter and Harper came fourth against the triple victory of the Mercedes-Benz team in the 220SE. 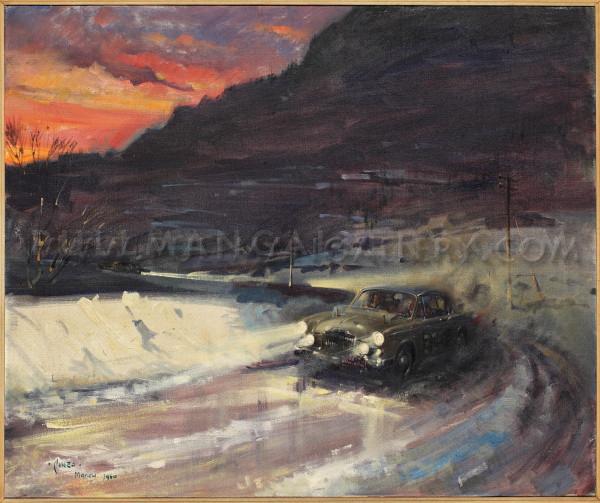