Oil on canvas, painted in 1964.
Framed with a limed oak, fluted frame with slip, and unglazed.

A night time view along Clipstone Street in Marylebone, London toward the Post Office Tower (charmlessly renamed the ‘BT Tower’), its top illuminated as a beacon across the night sky. The reflection of light on the pavement and road suggest recent rain.

The acclaimed artist Terence Cuneo was commissioned by tyre manufacturer Dunlop to paint this charming London scene for their 1965 calendar, and the painting was retained by Dunlop until 1995, when it was bought at Sotheby’s by Royal Mail. It hangs today at the Museum of Postal History. Cuneo is said to have been so delighted with the work that he painted this second version shortly afterwards, and is signed and inscribed as such on the reverse. His trademark mouse, which he introduced to his work in 1956, can be seen (if one looks closely enough!).

Completed in 1964, the Post Office Tower was the tallest building in the country. Its remarkable design, by Yorkshire architect Eric Bedford, included a revolving restaurant at the top, which closed after a terrorist bombing in 1971. The building itself was relatively unscathed. 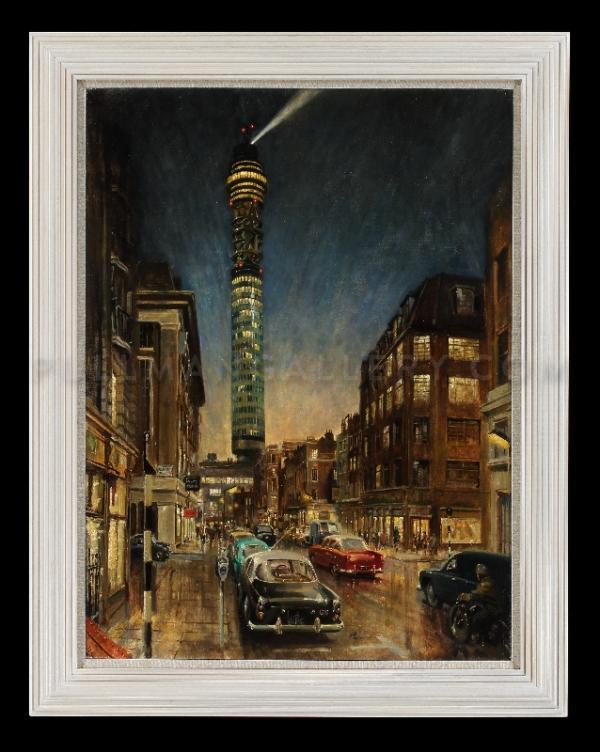 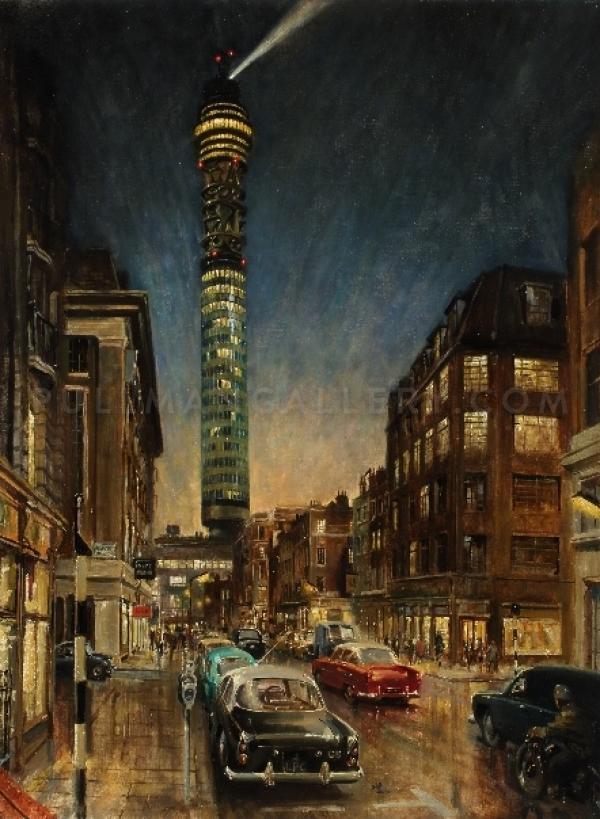