As we commemorate the 80th anniversary of the Battle of Britain, we are pleased to offer for sale this exceptional Sterling silver model of a 1940 Mark 1a Spitfire, made by Asprey in 1979. Showing wonderful detail, the aircraft has been matted and polished to resemble camouflage and bears the markings of 54 Squadron, with aircraft number P9390 “KL-B”, usually flown by Air Commodore ‘Al’ Deere, DSO, OBE, DFC and bar (1917-1995), who famously described the Spitfire as ‘the most beautiful and easy aircraft to fly’.

It is no overstatement to describe the Battle of Britain as crucial to the survival of Great Britain. In the event that the Luftwaffe had overcome the Royal Air Force, a German invasion would certainly have followed quickly, and the enemy would almost certainly have prevailed.

Following the defeat of France by Germany during the summer of 1940, Britain stood alone in the struggle. Germany intended to gain air supremacy over Britain ahead of a planned invasion, Operation Sealion, and to deter this, the Royal Air Force fought a valiant battle against Germany’s Luftwaffe, dubbed by Churchill the ‘Battle of Britain’. Crucial in this battle was the role played by the Supermarine Spitfire, one of ‘The Few’.

The Battle of Britain was the first decisive battle to be fought entirely in the air. Apart from the undoubted superiority of aircraft such as the Supermarine Spitfire and the Hawker Hurricane (see our unique large-scale model by John Elwell, Ref 4719) over the German equivalent, the Messerschmidt Me109, Britain’s radar defences were vital to victory. Victory was assured by Hitler’s catastrophic decision to switch from RAF land targets to attacking civilian targets with a savage blitzkrieg that was to last for several months, and he postponed his invasion plans – code name Operation Sealion – indefinitely.

Shown left is an early Battle of Britain poster by H.M. Stationery Office. 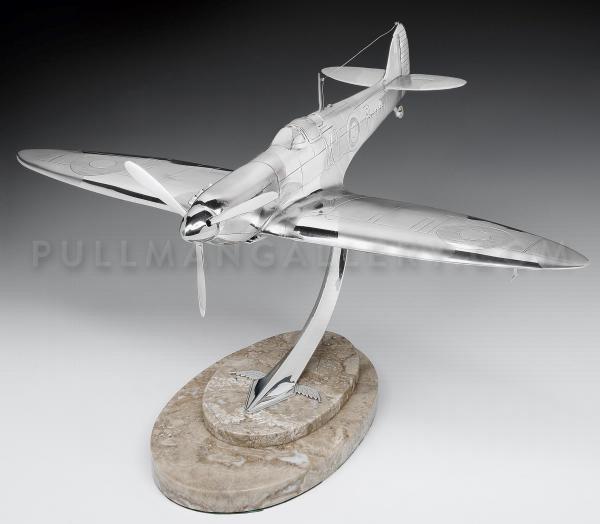 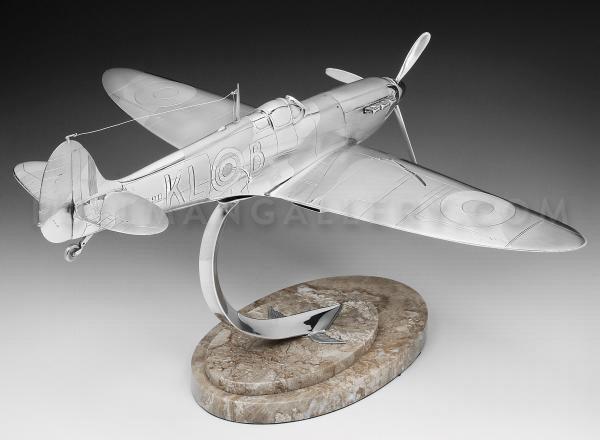 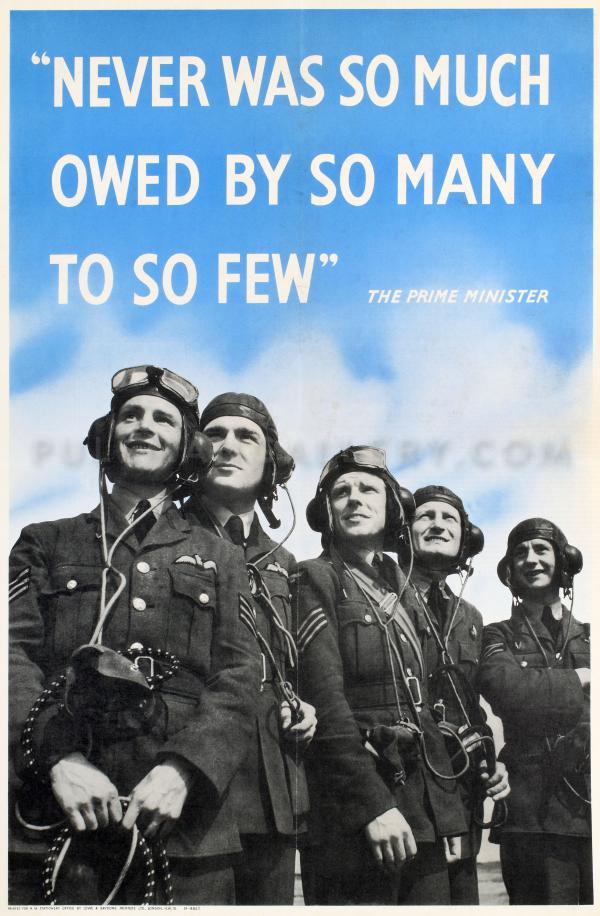