‘Southampton Docks – Down to The Sea in Ships’, a rare original poster circa 1930. Conservation linen mounted and unframed.

Charles Pears was a prolific poster artist for the Underground, producing highly effective posters in a range of styles. He also created posters for the Empire Marketing Board and the Metropolitan Railway. Elected the first President of the Society of Naval Artists, he was a keen marine painter. During the First World War he was an Official War Artist to the Admiralty as well as holding a commission for the Royal Marines. He again worked as an Official War Artist during the Second World War. Pears also illustrated books as well as Punch, the Graphic and other periodicals. 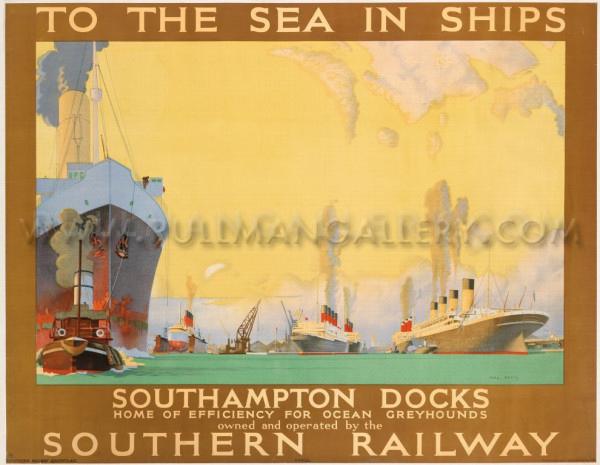