Emil Puiforcat: a large Sterling silver vide pôche of very heavy gauge, bearing the crest of the 22 Special Air Service Regiment, commonly known as the SAS, founded by Colonel David Sterling (1915-1990) in June 1941. Following the fall of France, free French Captain George Bergé created an airborne unit known as the 1er Companie de l’Air in Britain, which merged with the SAS in 1943 and was re-named the 3rd SAS. It is likely this fascinating piece was gifted by a French SAS officer to his British counter-part following the war. Bearing the regimental insignia to the centre with motto ‘Who Dares Wins’, and stamped with Emil Puiforcat poinçons.

Fairbarn-Sykes for Wilkinson Sword: a fine, original example of the F-S fighting knife or commando dagger, issued to the SAS (amongst others) especially for the D-Day landings in Normandy in June 1944. Often described as a stiletto, normally used for stabbing and thrusting (to great effect in the right hands), the F-S is also capable of being used for slash cuts when sharpened to specification. English, circa 1944.

This example is entirely original and unrestored, and importantly retains its point, often chipped or damaged. It also has its original leather scabbard (not shown). 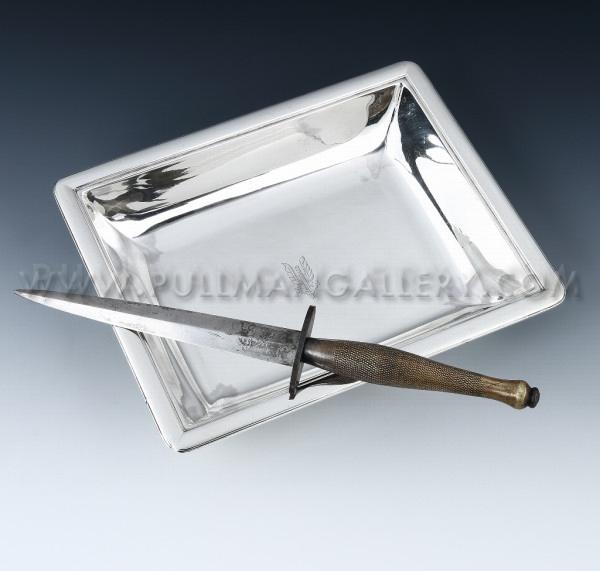 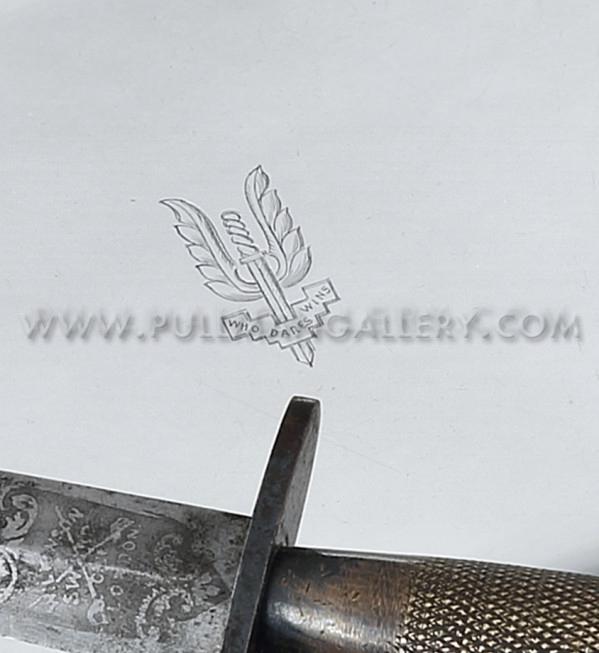