One of Roy Nockolds’ first works, created when he was just 16 years of age and bearing an early signature, depicting the Napier Lion-engined record-breaking land speed car, driven by Sir Malcolm Campbell at Pendine Sands in February 1927.

Watercolour and gouache on artists’ paper. Framed within a double stepped, acid-free mount, and glazed in a Modernist gold leaf frame.

Roy Nockolds earliest works were created as a child during the Great War, depicting Zeppelins and biplanes dog fighting in the night sky. In the early 1920s, he started visiting Brooklands and his interest turned to painting racing cars in action on the banking. His early pictures were often published in the motoring press, including Autocar magazine which helped establish his career as an illustrator and professional artist. It is however for his oil paintings that Nockolds is best remembered, mainly produced in the pre-war and immediate post-war periods and depicting the great motor races, the cars and their drivers. 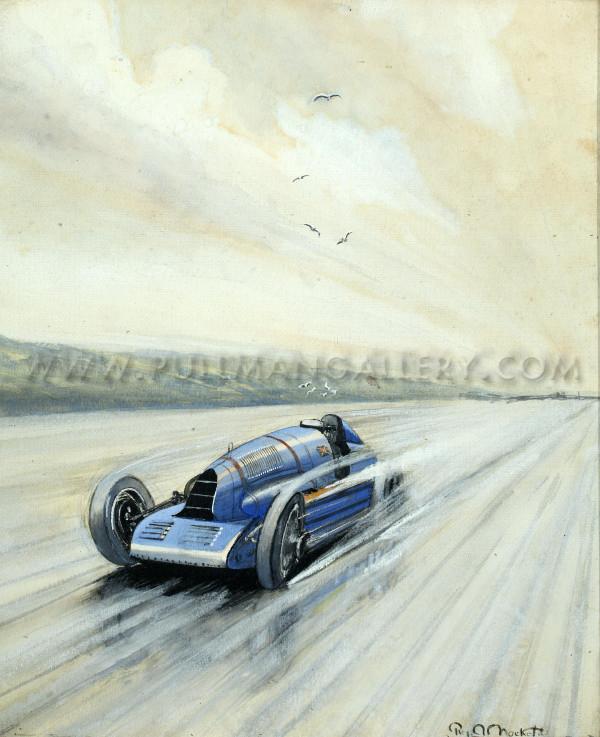