An important original oil on canvas depicting Peter Collins in the Scuderia Ferrari Dino 246 on the way to winning his third and final Grand Prix victory, leading Stirling Moss in the Vanwall, and team-mate Mike Hawthorn in his Ferrari. Framed with a reeded Art Deco style black lacquered frame with linen slip and unglazed. Signed by the artist lower left and dated 1959.

This original painting depicts Collins in his last Grand Prix race before his tragic death at Nürburgring two weeks later. This painting was displayed at The Steering Wheel Club, Mayfair in January 1959, and was immediately purchased by Ken Gregory, the manager of Collins and Stirling Moss. He retained it for 40 years until his retirement from race management in 1999, when it was sold. The painting remained in private ownership thereafter, until we acquired it. 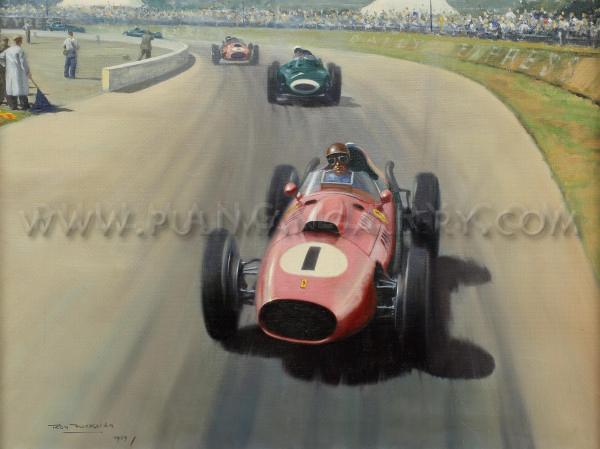 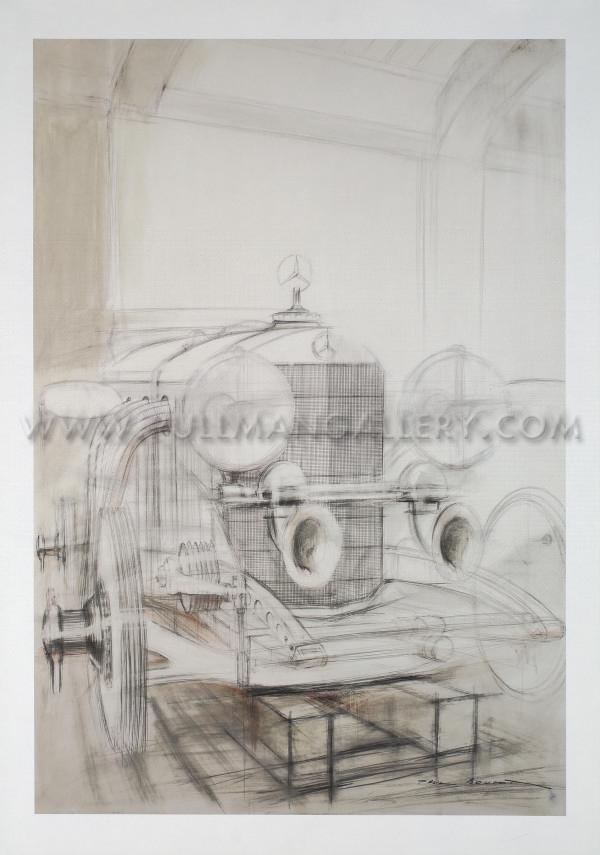 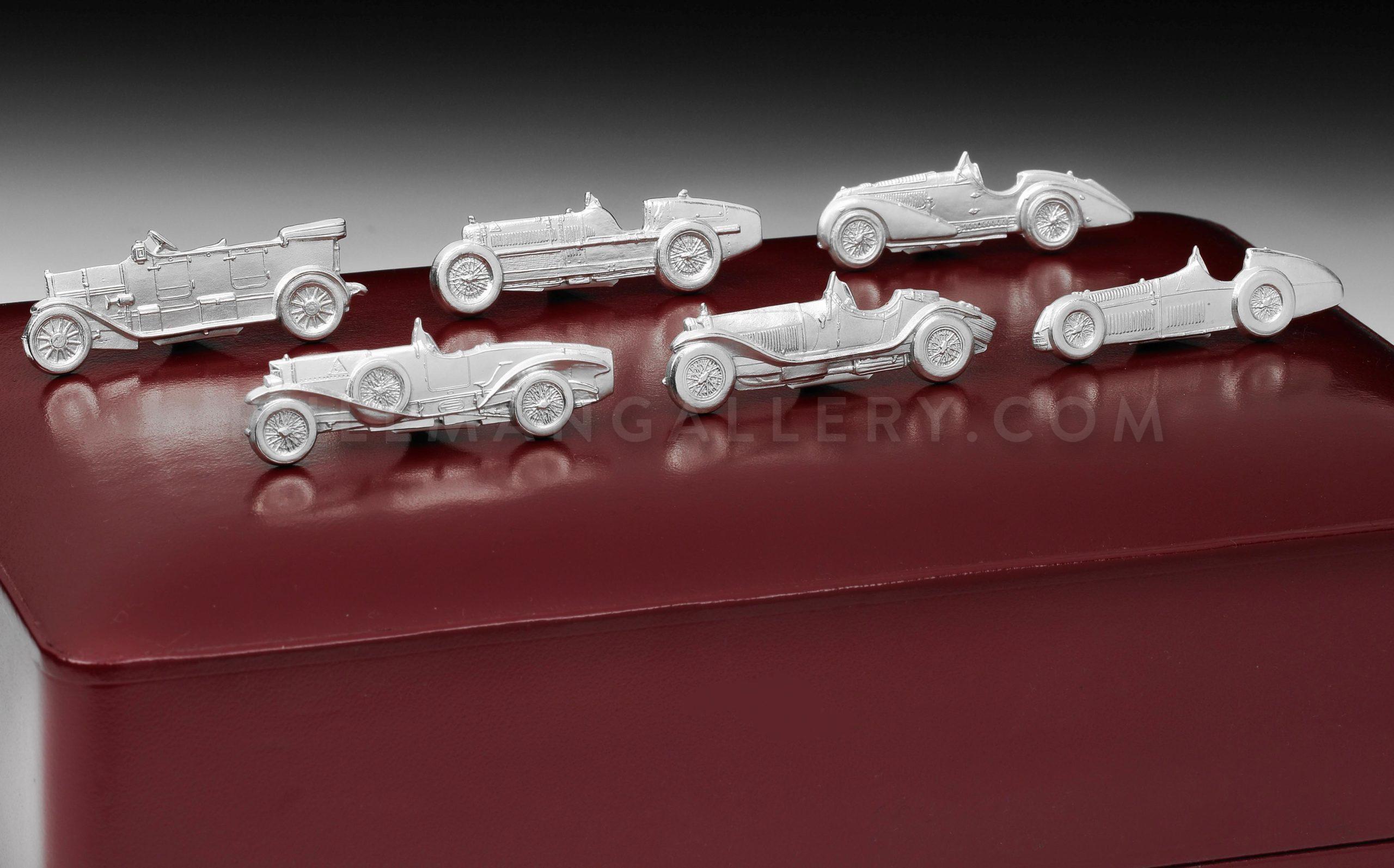