A wonderful period watercolour depicting Sir Henry ‘Tim’ Birkin in the pits at Brooklands, preparing to start the BARC Meeting in his ‘Blower’ Bentley. Birkin is seen in his customary attire of dark blue shirt, proudly sporting his British Racing Drivers Club (BRDC) badge, pulling on his gloves. Other Brooklands personalities are gathered around him, the centrepiece of the picture being the striking, bright red single-seat Bentley 4 ½-litre ‘Blower’, known as the ‘Outer Circuit’ car after Birkin smashed the lap record in the car, averaging 137.96 mph. In the background can be seen a Bugatti Type 51, possibly that of Earl Howe, co-founder and President of the BRDC, who won the Le Mans 24-hour race that year with Tim Birkin in his Alfa-Romeo.

Nockolds was a talented artist, who really hit his stride by 1932, even at his young age. A Brooklands devotee, and friendly with Birkin and other racing drivers of the time, he had his first solo exhibition in Chelsea in 1934. His pre-war paintings such as this work are highly detailed and established him as the equal of Frederick Gordon Crosby and Bryan de Grineau. Signed by the artist, and framed with a double thick mount, gold leaf frame and glazed. 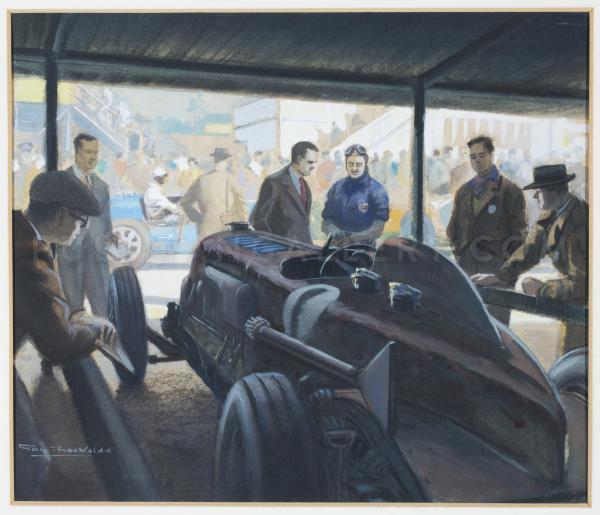 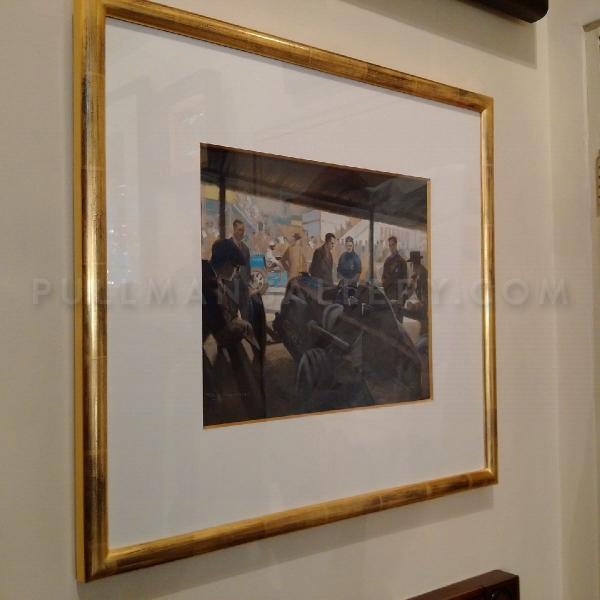 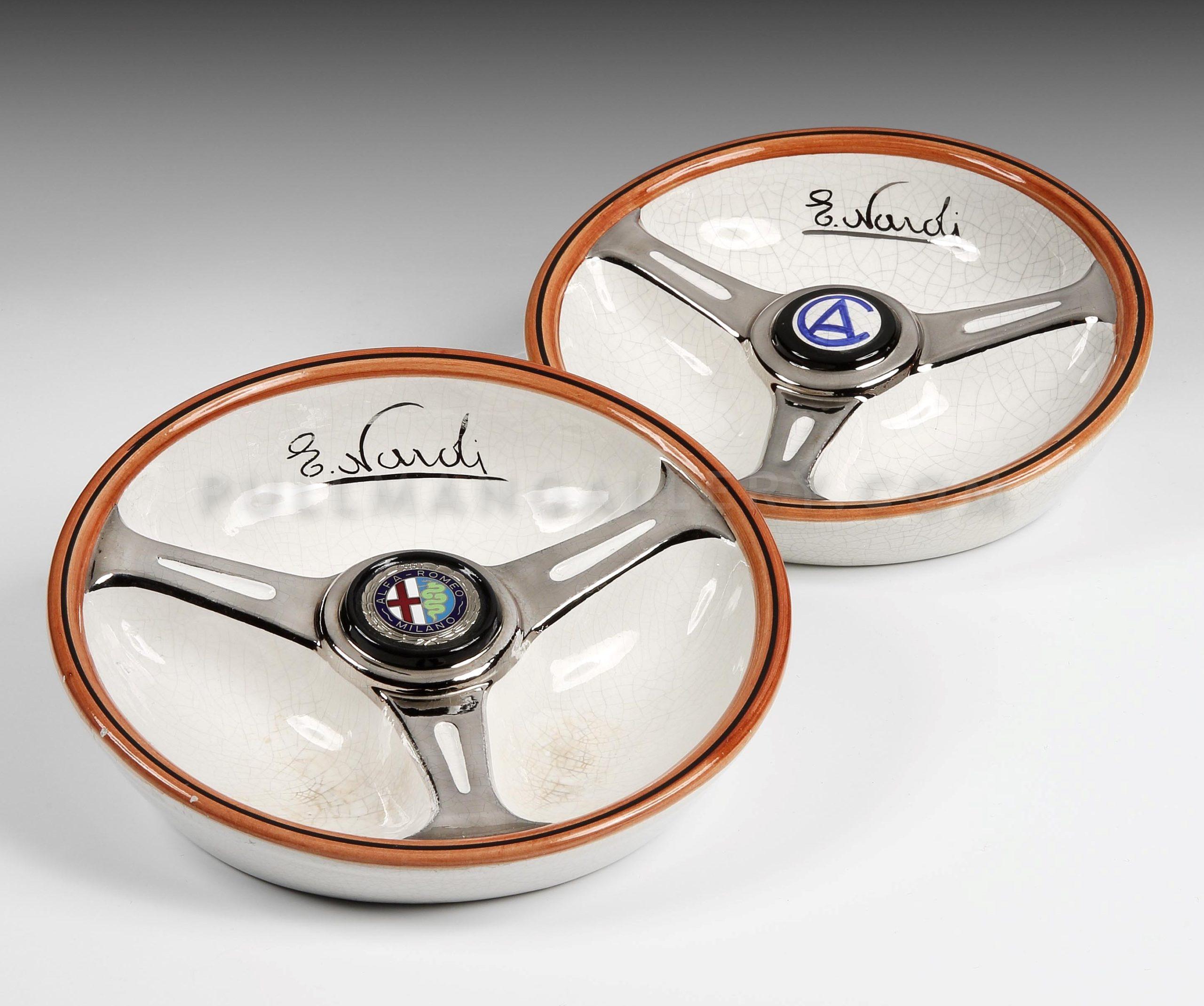 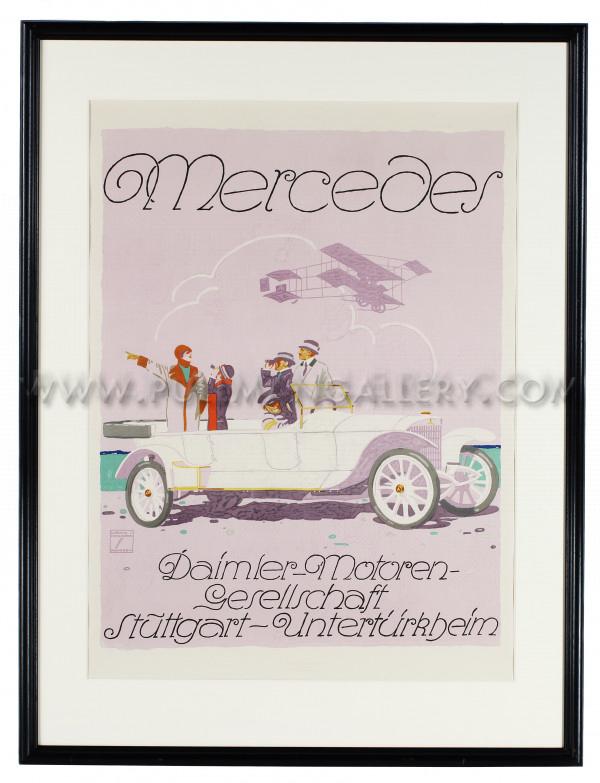 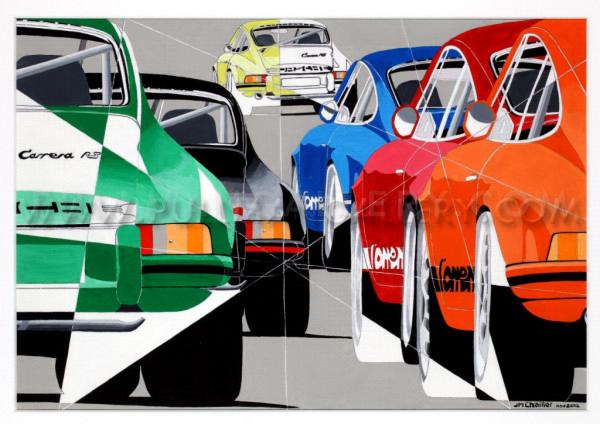 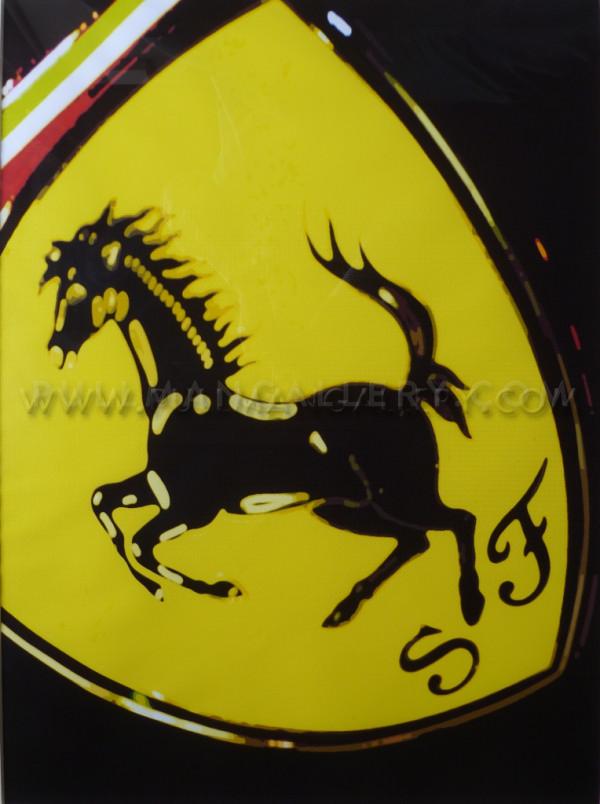