Built in 1906 to 1:96 scale, no expense has been spared in the construction of this extraordinary model, with several thousand parts all specially made, including 280 skylights, 1818 windows in deck berths, sixteen lifeboats on their davits, 20 small ladders with their handrails and even around 200 doorknobs, all with gold-and silver-plated fittings, and minutely observed details. The impact and appeal of the model is helped by the fact that it depicts one of the greatest ships of the twentieth century and certainly one of the greatest liners of all time – beautiful lines, technologically advanced and famous for holding the coveted Blue Riband trophy for an unprecedented 22 years for the fastest ship on the North Atlantic route.

The model took 38 weeks to make in 1906 and cost £725, a staggering amount in the early 20th century. We are able to date it with accuracy, as the vessel is shown with its original three-bladed gilded bronze propellers – on the actual ship, these were replaced with four-bladed propellers following her sea trials in 1907, as the three-bladed versions were found to cause an unacceptable level of vibration at high speed. The model retains its original ebonised display case and stand, and its brass plaque with details of the vessel. The case has recently been completely refurbished and re-polished, and the model is in impeccable condition ready for installation and display.

Displayed in the case alongside ‘Mauretania’ is a model of ‘Turbinia’, built to the same scale, illustrating the difference between these two important ships. ‘Turbinia’ (built in 1897) is a highly significant ship, it was the world’s first steam turbine-powered ship, and the fastest vessel of any kind in the world at that time. ‘Turbinia’, with a top speed of over 34 knots, revolutionised ship-building, and still exists today at the Discovery Museum in Newcastle, where she is on display.

Designed by Leonard Peskett, and built by Messrs. Swan Hunter, Wigham Richardson – considered the ‘Rolls-Royce’ of shipbuilders – R.M.S (Royal Mail Ship) ‘Mauretania’ was launched at Wallsend on the River Tyne near Newcastle in September 1906, and was the most luxurious, largest and fastest ship in the world at the time. Entering service for her owners, The Cunard Steamship Company Ltd., in 1907 (following sea trials and fitting out). Her her speed record, known as the ‘Blue Riband’, was held for a remarkable 23 years, until 1929. She remained in service for Cunard until 1934 and was scrapped in 1935. A second, smaller ‘Mauretania’ was launched in 1939.

R.M.S ‘Mauretania’ was the sister-ship to the ill-fated ‘Lusitania’ (built in Glasgow), which was torpedoed and sunk off the coast of Ireland by the German Navy in 1915 with enormous loss of civilian life, including many Americans. America was still a neutral country at the time, and ‘Lusitania’s‘ sinking was considered a major cause of America’s entry into World War One. ‘Mauretania’, by contrast, enjoyed a long and happy career at sea for almost 30 years, and was regarded as the ultimate means of transport across the Atlantic Ocean. She was just under 800 feet in length, and had a guaranteed service speed of 24 knots (about 28 mph), a remarkable speed even by today’s standards. She was capable of bursts of speed of up to 29 knots.

The proportions of ‘Mauretania’ have always been considered as close to perfection, and her sleek elegant lines, extensive use of gilded bronze for the ventilation shafts etc. rendered her highly suited to the modelmakers craft. The tradition of shipbuilder’s models is of course long-established, but really came into its own in the early 20th century with vessels such as these ‘Greyhounds of the Ocean’, as they were known. Usually intended for display in shipbuilder’s or ship-owner’s boardrooms or showrooms they were time-consuming and costly things to make, and relatively few exist today. Our model of R.M.S ‘Mauretania’ was believed to have been made for Cunard, by the ship model-builders Robert Smith and Company of Newcastle, in the scale of 1:96.

Smith, and his associates W. Bartram and F. Clark, enjoyed a thriving and successful career, and made several other models of ‘Mauretania’ and her sister ‘Lusitania’ in larger scales including 1:64 and 1:48. The Pullman Gallery is proud to have previously bought, restored and sold a rare 1:64 scale model in 2015 and another similar example is part of the Royal Naval Museum collection in Greenwich. One of the best and most popular models in their collection, ‘Mauretania’ has been on more or-less continuous display there since it was acquired in 1966.

Additional images may be provided upon request, and viewing can be arranged by appointment. 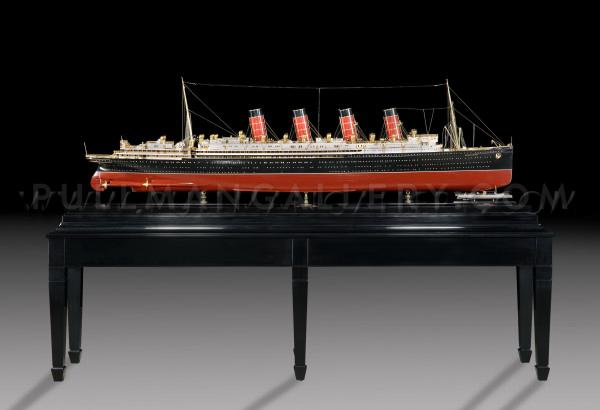 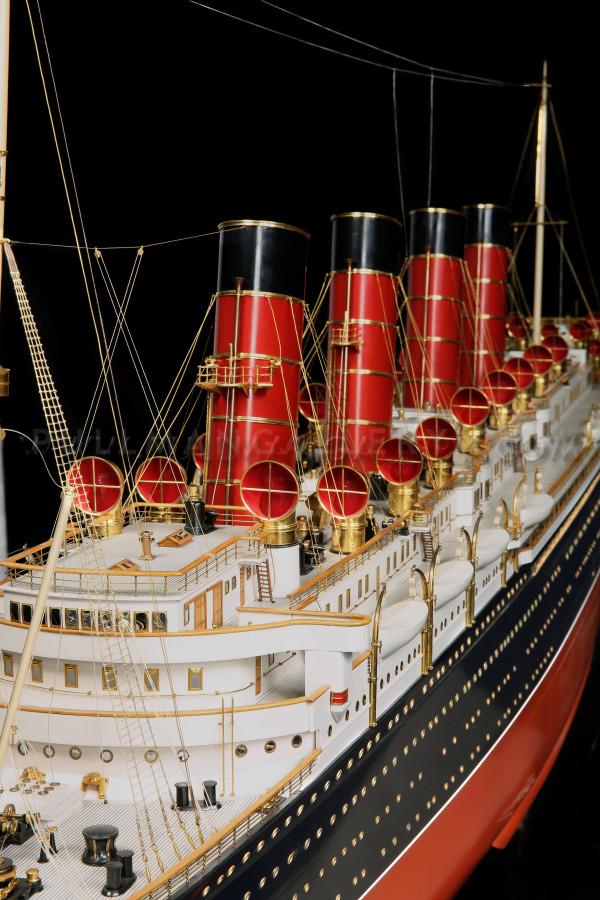 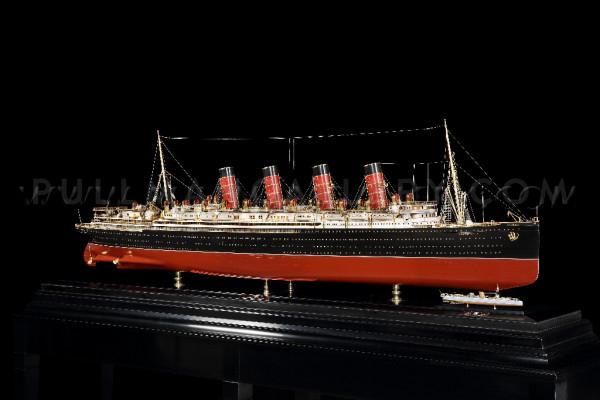 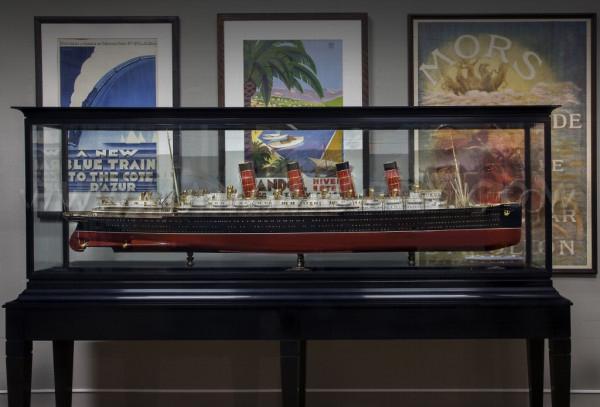