Switzerland – Centre of the World!

A rare pictorial world map, published in 1945 by Kümmerly & Frey in Bern. A wonderful example of 1940’s graphic design and an early example of Herbert Leupin’s style, this poster is taken from the large-scale original painted in gouache and commissioned in 1943 by Hans Theler (the then director of Swiss National Insurance) to furnish his office in Basel. It portrays Switzerland, with an oversized flagpole and flag fluttering in the breeze, as centre of the world. Framed with a double thick, acid-free mount with a plain black oak frame and glazed.

Herbert Leupin (1916-1999) designed around 500 posters and won over 90 design awards and is now recognized as one of the most influential and successful poster artists of the era. Leupin began his studies in Basel and then moved to Paris to study under Paul Colin, the famous Art Deco graphic artist who helped launch the career of the dancer, singer and actress Josephine Baker. Returning to Basel shortly before the Second World War, Leupin opened his own studio and began working on select commercial projects, bringing his distinctive, humorous style into the mainstream. Leupin was responsible for several iconic designs, including the ‘Milka’ chocolate logo and the ‘Papermate’ ballpoint pen man. In his later years he turned his creative abilities to the illustration of children’s books, where he enjoyed further success.

Detailed images are available upon request. 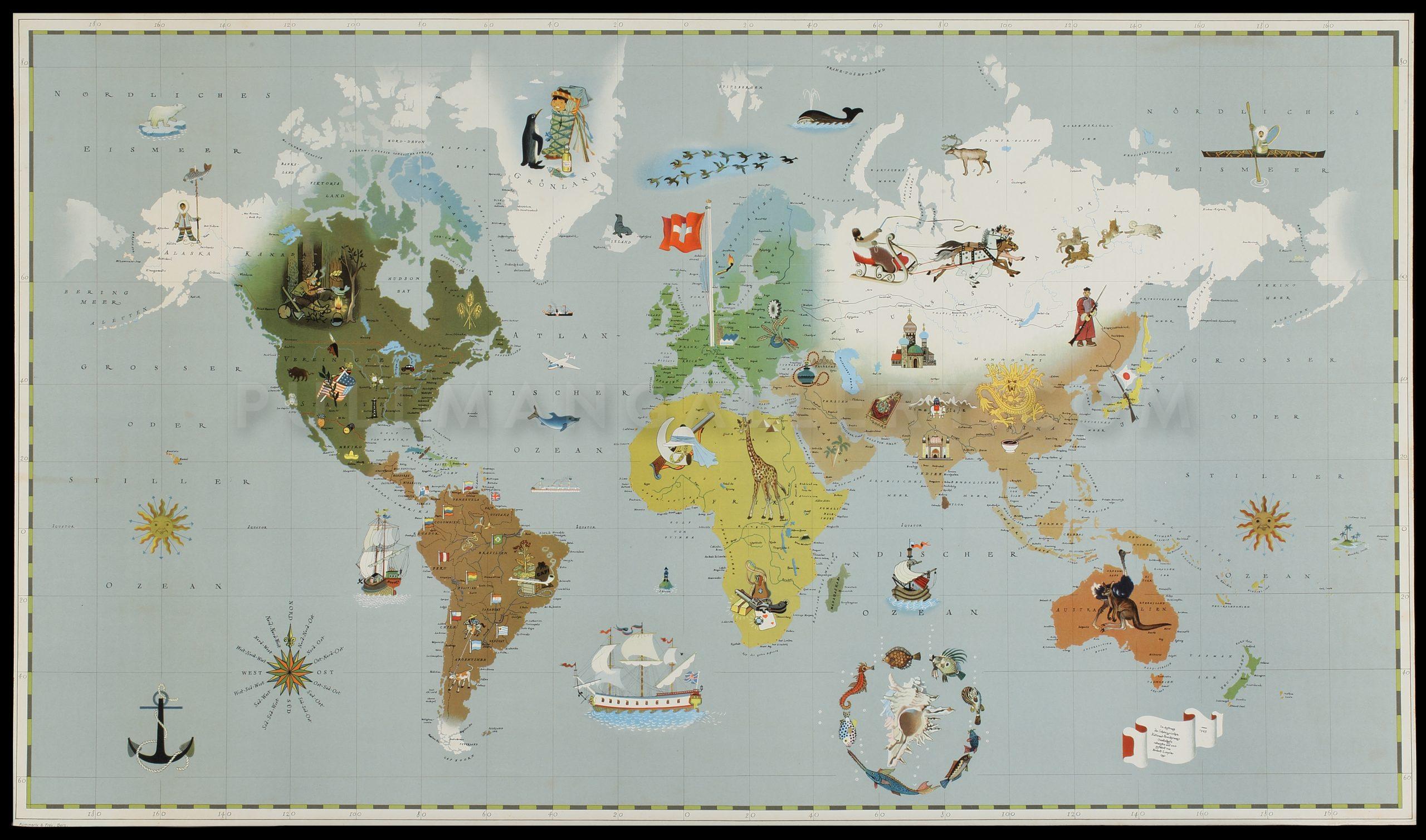