The painting was beautifully executed by Helck on or around November 1950, on the front of an envelope addressed to Louis Wagner at his Montlhery, France address, which also bears the Boston, Mass postmark for that date, and five cancelled airmail stamps with aircraft design.

Peter Helck was arguably one of the greatest American motor-racing artists of all time. He personally attended many of the great American and Continental motor races of the pre-1914 era, and struck up a lifelong friendship with many of the drivers, including Wagner. Wagner contributed to Helck’s first book ‘The Chequered Flag’, published in 1964, a testament to his long-standing friendship with the artist.

The two friends communicated for many years, mainly by air mail, and from time to time Helck would illustrate the envelopes with scenes of Wagner’s greatest past triumphs. This is one of a handful of these illustrated envelopes retained by Wagner’s family after his death in 1970, which were then returned to Peter Helck after Wagner’s passing.

This envelope was acquired by the gallery from an American friend of Helck’s, who was given it in 1980. 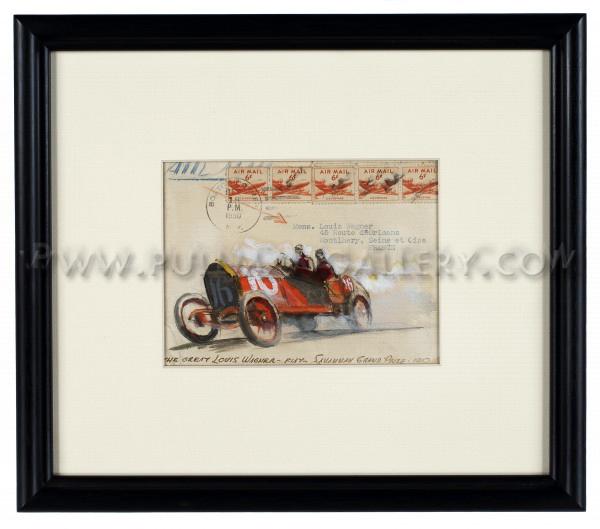 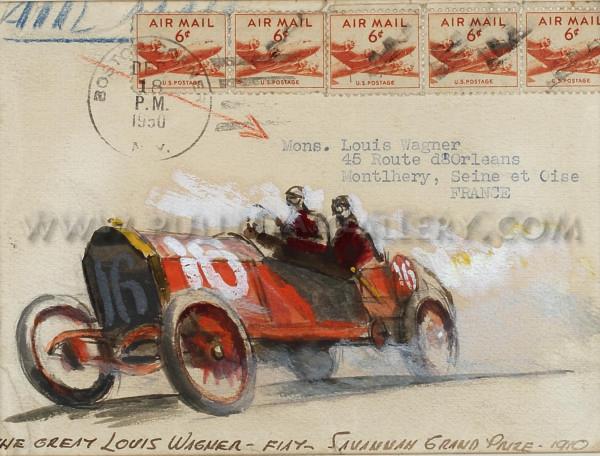