Original pencil drawing on paper, with charcoal and red chalk, created by Paul Bouvot in 1987. Mounted, framed and glazed.

Like his compatriot and mentor, the photographer Jacques-Henri Lartigue, Paul Bouvot grew up around Bugattis and developed a passionate relationship with the automobile from early childhood. In the 1950’s he succeeded Henri Thomas as head of Peugeot’s carrosserie d’automobile and established a dedicated styling and design office within the company. Sergio Pininfarina introduced him to the joy of Ferraris, and in the early 1960’s Bouvot bought his first, a 250 GT California Spyder, first owned by Brigitte Bardot.

The 1950’s and 1960’s saw Bouvot develop his mastery of pencil drawing, learning the techniques of charcoal and red chalk. As his style evolved, his evocative pictorial work was destined to become highly sought-after by collectors of automobile art, on the rare occasions it became available. Bouvot became a full-time artist following his retirement in 1980 and developed an enthusiastic following amongst serious collectors throughout Europe and The United States. His greatest patron, arguably, was Pierre Bardinon, the legendary Ferrari collector whose Mas de Clos estate and museum in France was a mecca for lovers of the Cavallino Rampante. Bardinon constructed a wing of the museum, and in his own words, ‘consecrated’ it to the work of Paul Bouvot – praise indeed.

This work is part of a small collection of works commissioned from Bouvot in the early 1980s, that we currently hold in inventory. 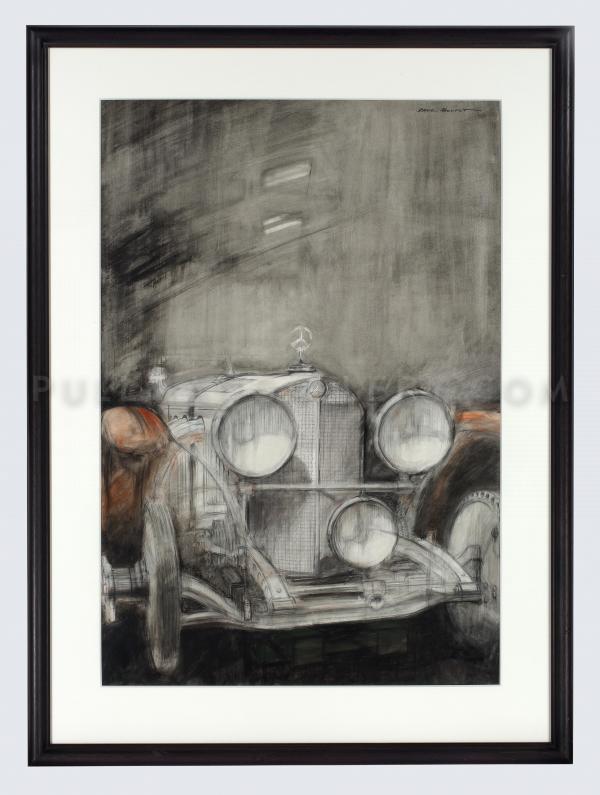 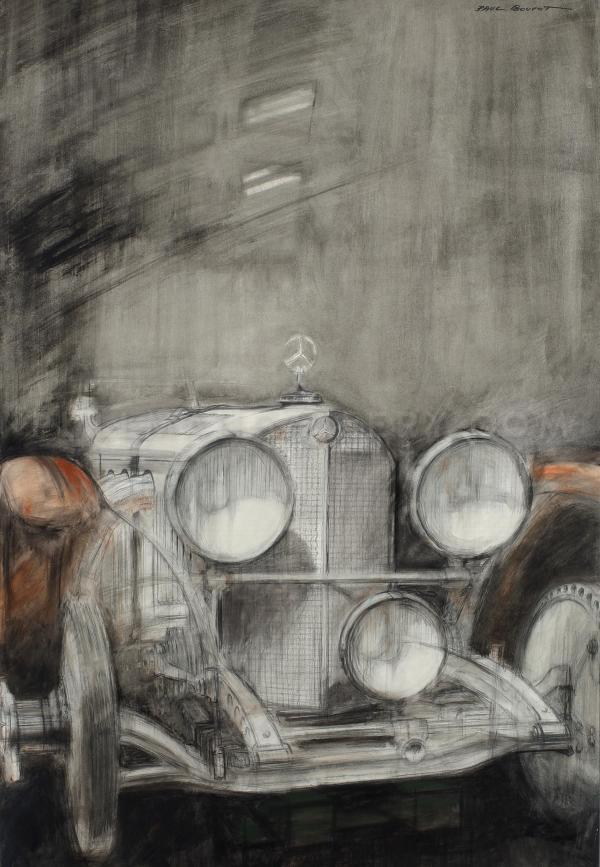