A magnificent and completely unique, 7.5:1 scale sculptural aluminium model of the US P-51A Mustang, in Elwell’s signature style of hand formed aluminium panels riveted over a space frame, hand-formed hardwood pilot, with US D-Day recognition markings and highly polished nosecone, complete with adjustable cantilevered base with hardwood plinth.

Additional Notes: the P-51A Mustang was designed by Raymond Rice and Edgar Schmued for the North American Aviation Company in 1940. Its first flight took place on 26th October of the same year. A total of 15,469 Mustangs were built between 1940 and 1945 and the plane destroyed 4,950 enemy aircraft in air combat and 4,131 on the ground. They were used extensively to protect bombers on raids over Germany. During the Second World War the Mustang flew on 213,873 missions in Europe. It was also used by the United States Air Force during the Korean War. 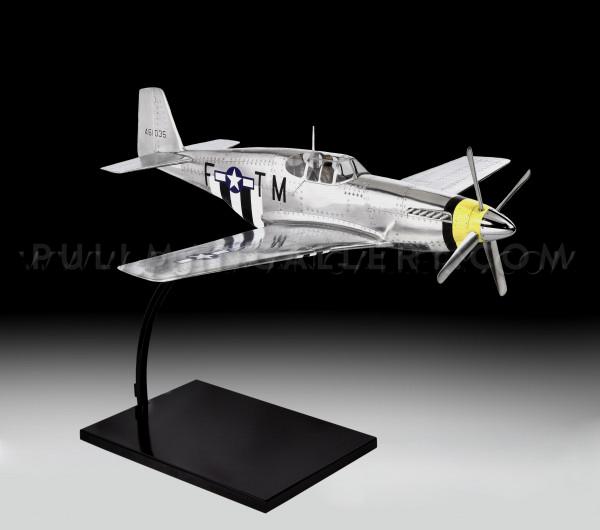 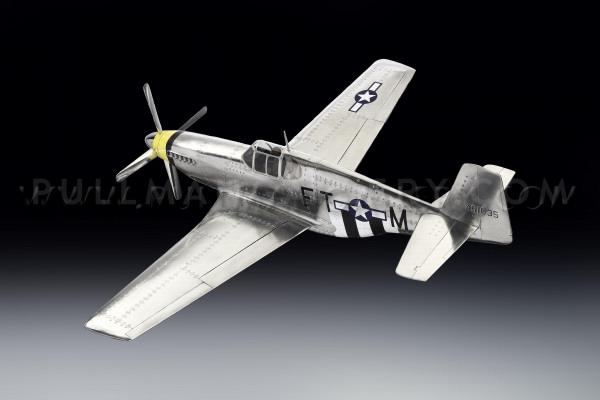 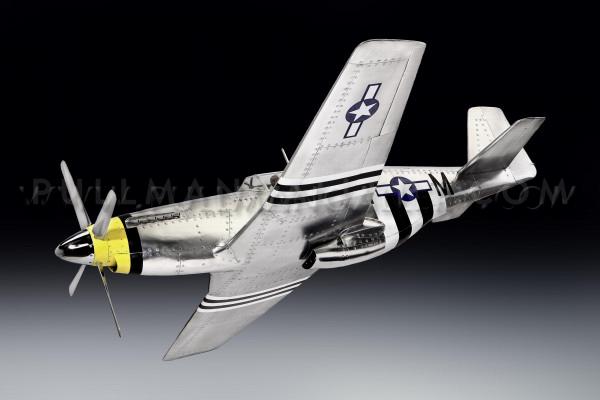