Asprey and Co.: a very rare miniature bust of Sir Winston Churchill of extraordinary quality, sculpted by Oscar Nemon (British, 1906-1985) for Asprey and cast in 9-carat gold. Hallmarked Asprey, London, 1967 and signed NEMON to the reverse and mounted on a lapis lazuli plinth, complete with bespoke Asprey presentation case.

Provenance: originally owned by the actor Stewart Granger (1913-1993), and by descent.

Stewart Granger, who famously considered Churchill as one of his personal heroes, was reputed to carry this model with him as a talisman whenever he was travelling. He purchased the bust, one of only a handful made, directly from Asprey in 1967.

Oscar Nemon (1906-1985) was famous for his series of over a dozen public statues of his friend and painting partner Winston Churchill, as well as sculptures of Sigmund Freud and Field Marshal Montgomery. A student of the Belgian sculptor Pierre de Soete, Nemon was heavily influenced by the Cubist and Modernist movements in Europe in the 1920s, settling near Oxford in 1938, where he continued to work until his death in 1985. 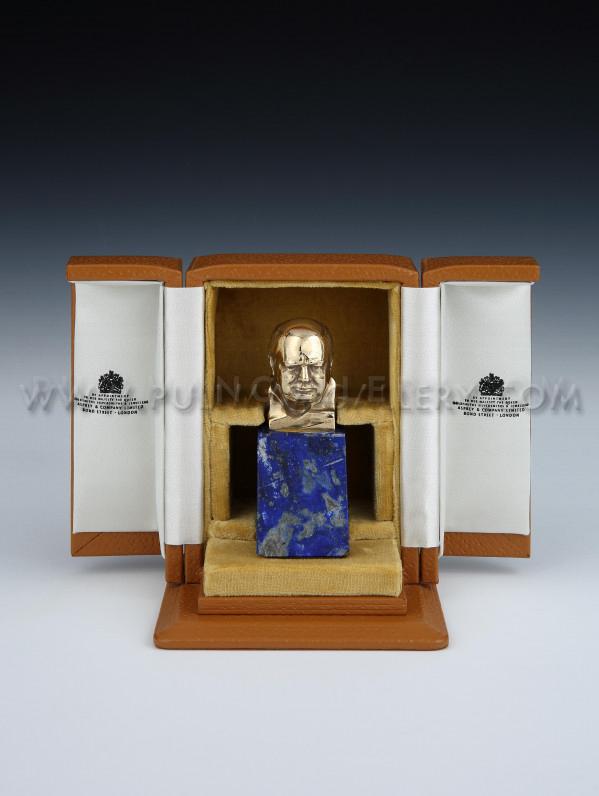 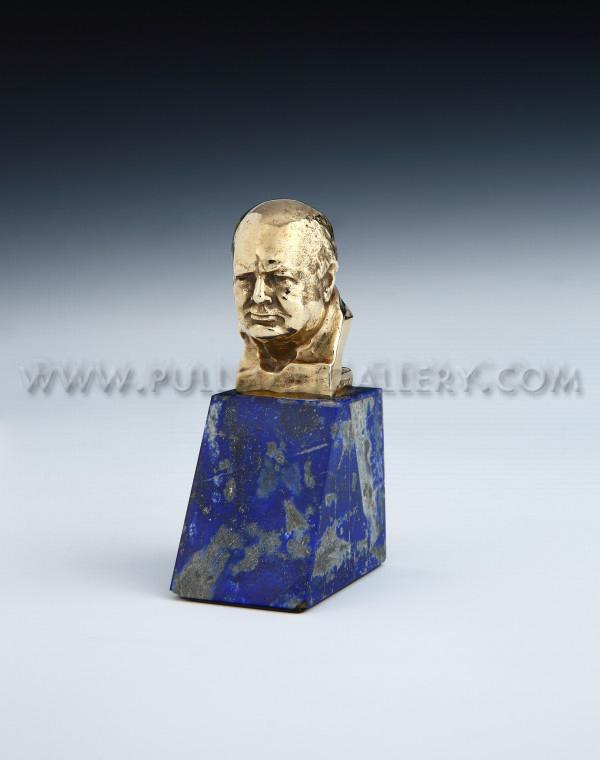 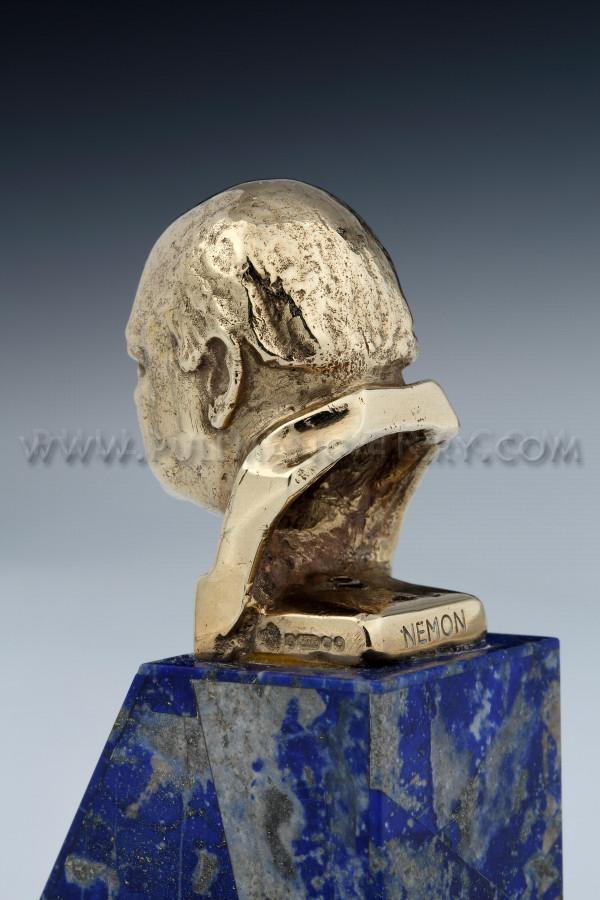