A large and imposing Modernist cocktail set in the form of a Ferris Wheel, comprising a rotating frame containing 12 cocktail glasses, 4 glass trays for olives and snacks, with a pair of large ‘Manhattan Skyscraper’ cocktail shakers acting as the ‘engines’ of the Ferris Wheel. American, designed by Bel Geddes in 1936.

Purchased by Pullman Gallery in 1999 and sold soon after, it was subsequently discovered to have been used in “The Godfather Part II” (1974), in which it enjoys considerable screen time in Michael Corleone’s bar at Lake Tahoe, where Michael has a lengthy conversation with Frankie Pentangeli. We recently had the opportunity to buy it back and are now delighted to offer this amazing set for sale once again.

Norman Bel Geddes was an industrial and theatrical set designer. He opened his design studio in 1927. Amongst many achievements during the ensuing 30 years, he is known for his futuristic designs, including a tear-drop shaped car, classic Art Deco-styled radios, and the original ‘Futurama’ concept at the General Motors Pavilion in the 1939 World’s Fair. In 1940, in the same style, he conceived ‘The Metropolis City of 1960’ and even designed the casing for IBM’s ‘No.1 Computer’ which was presented to Harvard University in 1940. As a set designer of note, he is recognised in the American Theater Hall of Fame, a distinction shared with his actress daughter Barbara Bel Geddes (1922-2005), ‘Miss Ellie’ in the TV series ‘Dallas’.

Illustrated: ‘The Cocktail Shaker’ by Simon Khachadourian, p.112. published in 2000. 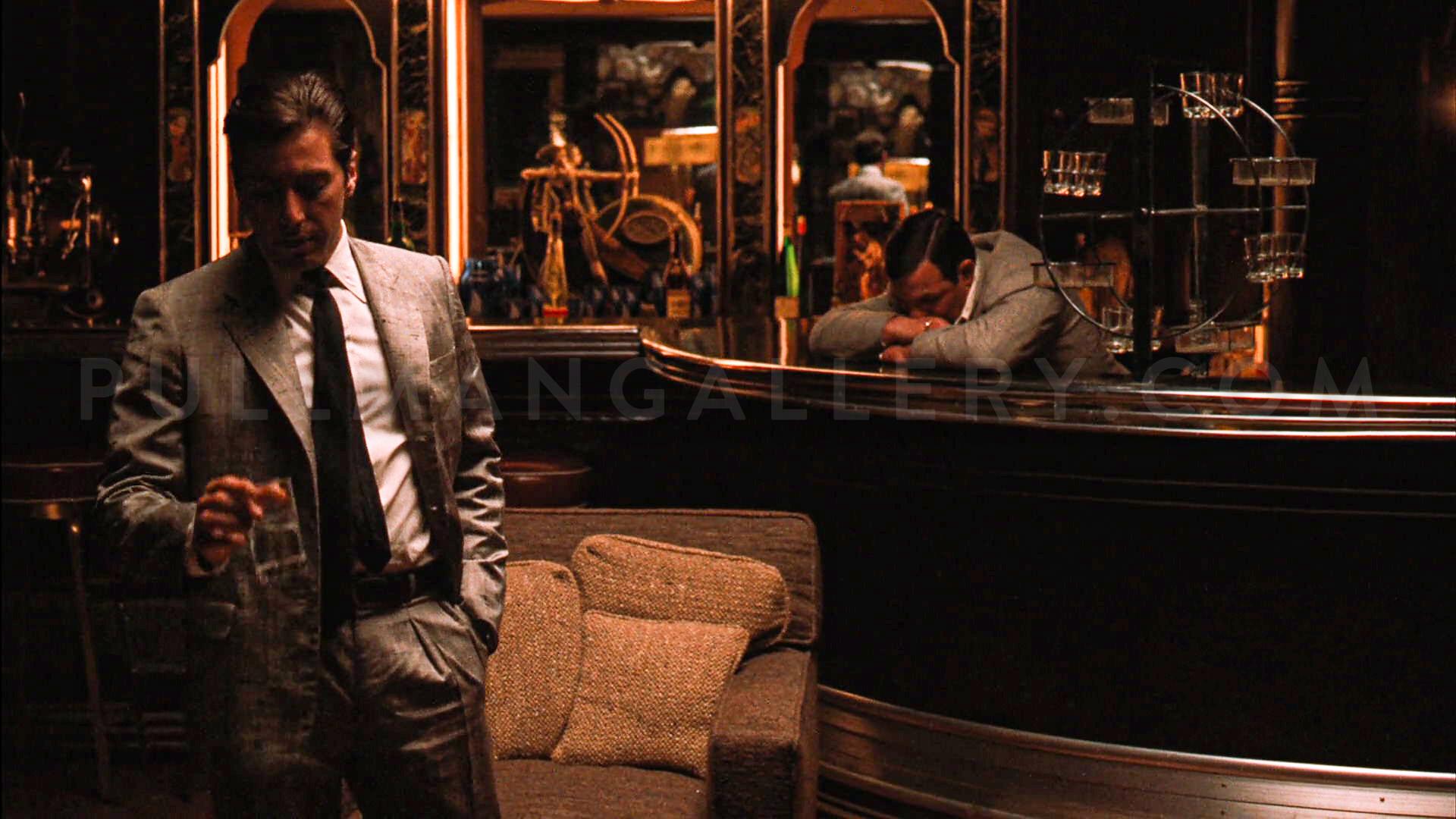