A highly important piano purchased new at Harrods, London by the composer Monty Norman, and owned and used by him as his ‘work piano’ for the ensuing 55 years to compose the James Bond Theme for ‘Dr. No’, (released in 1962), and numerous other works.

What is known as Monty Norman’s ‘James Bond Theme’ is in fact a re-working of his song ‘Bad Sign, Good Sign’ written for the sitar by Norman in the late 1950s for an abandoned musical version of V.S. Naipaul’s novel ‘A House for Mr. Biswas’. Orchestrated by John Barry and the guitarist Vic Flick, it debuted with the release of ‘Dr. No’ in 1962 and became arguably the most instantly recognized cinematic theme tune ever written. It reached No. 13 in the charts in early 1963.

apart from the ‘James Bond Theme’, Norman also composed the rest of the score of ‘Dr.No’ – including ‘Three Blind Mice’ and ‘Underneath the Mango Tree’ and most of his numerous stage musicals and TV scores on this very instrument until acquired by the gallery in 2010.

A statement signed by Monty Norman accompanies the piano, which attests to its history. 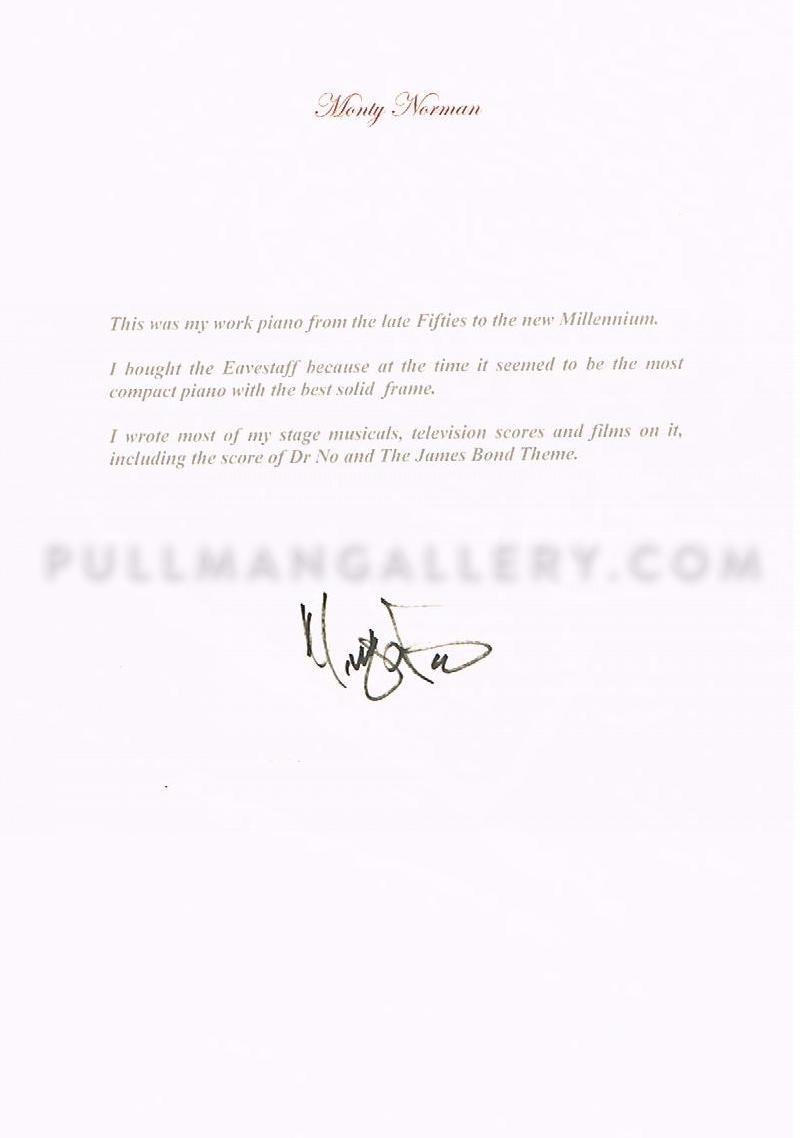 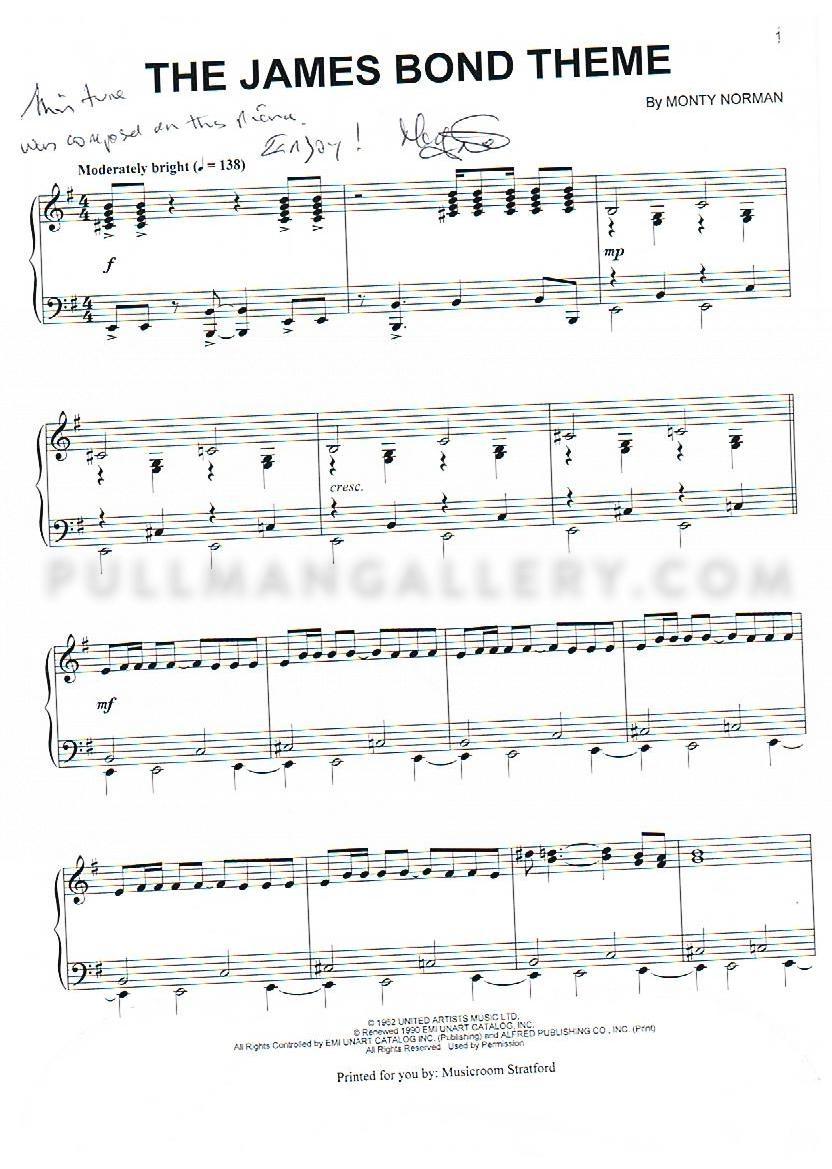 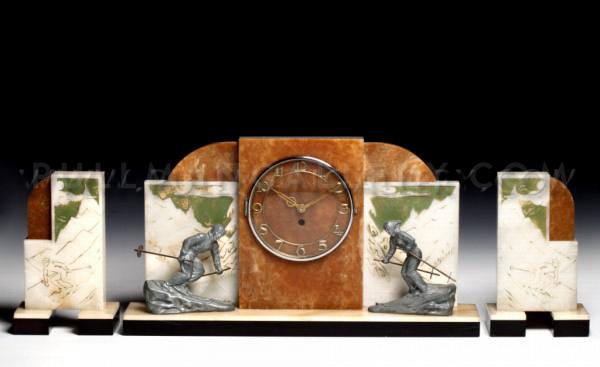