A fine and important 1955 presentation bronze sculpture in the form of the Mercedes-Benz Typ W196 Grand Prix car (1954-1955), mounted on original white marble plinth with inserted bronze plaque, with fitted calfskin presentation case, the lid gilt-tooled with the Mercedes-Benz 3-pointed star emblem. Cast in 1955 by the Hans Mayr foundry of Munich and designed by their chief sculptor Helmut Hiltmann. West German, circa 1955.

As is well known, Mercedes-Benz withdrew from motor racing following the disaster at Le Mans in 1955, and did not return until the 1980s. Extraordinary success had been achieved during the period 1952-1955, including World Championship victories in 1954 (jointly with Maserati) and 1955, with the victorious Typ W196 driven by Juan Manuel Fangio. The Mille Miglia was of course won by Stirling Moss and Denis Jenkinson in 1955 in the closely related Mercedes-Benz 300 SLR.

To commemorate this and other competition successes, scarcely 10 years after World War II, Mercedes-Benz commissioned a small series of 50 bronzes for presentation (never for sale) to dignitaries, drivers and other ‘friends of the house’. This particular example was presented to Heinrich Wagner (1899-1953), Chairman of the Board of Management at Daimler AG. Others in the series were presented to Fangio, Moss, Karl Kling, Alfred Neubauer and West German Chancellor Konrad Adenauer, among others. 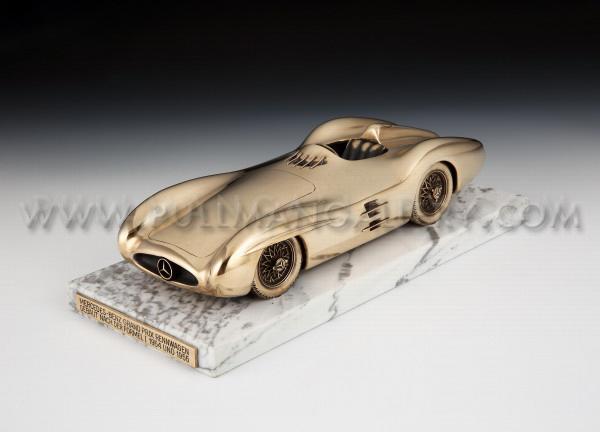 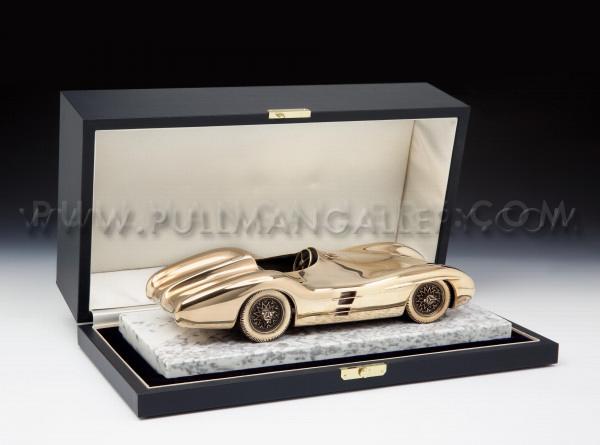