An enormous copper wine cooler or coupe, in the form of a medieval chalice. The ‘bowl’ (over 17 inches in diameter), features a circular silvered crest for the Knights Templar, and stands on a central stem with domed foot, each with a concentric ring decoration. The cooler has a highly practical system for emptying – a near-impossible feat manually due to its extraordinary stature. English, circa 1895.

The Poor Knights of the Temple of King Solomon (better known as the Knights Templar) was a military order founded in 1118, devoted to the protection of pilgrims flooding into the Holy Land after Jerusalem was captured by the Christians during the First Crusade. Known for their signature style of dress of white habits emblazoned with a red cross, the Templars gained a reputation of being fierce warriors and obtained immense wealth and influence through their own network of banks, and served as primary lenders to the nobility and monarchy of the day. 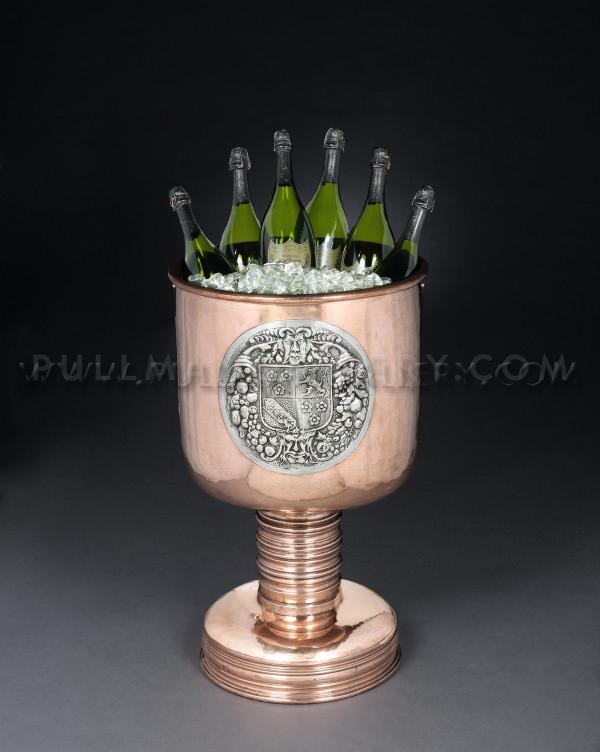