An extraordinary and unique ceremonial dagger with cast silver kris blade, and bearing poinçon marks and stamped HERMÈS PARIS, the vermeil hilt heavily embossed with a foliate pattern terminating in scrolled ends. The handle is carved from one solid piece of jade celadon, believed to be far earlier in date (possibly 17th/18th century), and features hand-engraved organic patterns finished with cabochons of turquoise and rubies. French, circa 1955. The kris is an asymmetrical blade with a distinctive wavy edge, and is considered in many cultures as both a weapon and a spiritual symbol, often believed to possess the power of fortune and long life.

Andréa Parisy (1935-2014) was a French film actress best known for her roles in films such as ‘Le Petit Baigneur’ and ‘Bébés à Gogo’ and also appeared in the 1968 film ‘Mayerling’, in which she played Princess Stéphanie of Belgium. 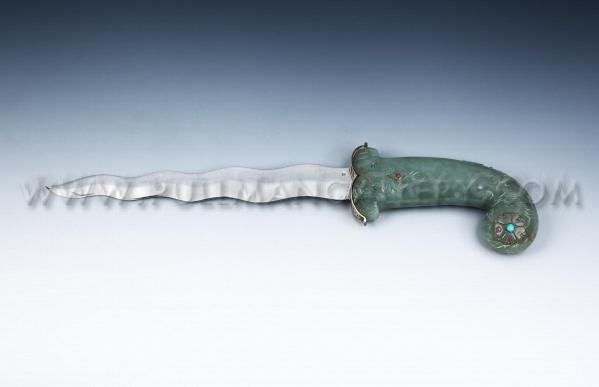 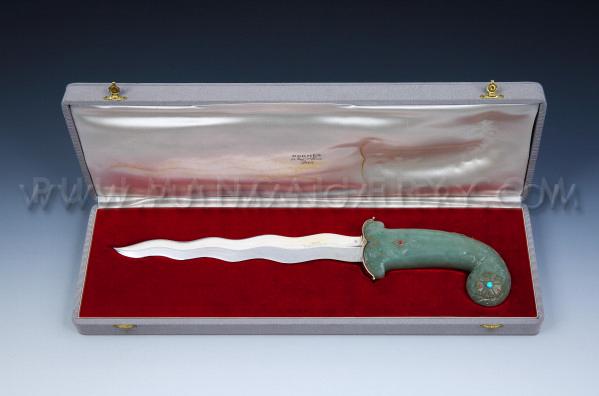