An original oil on canvas, framed in a deep, white gesso hardwood frame and unglazed.

Nino Vaccarella was one of many Italian drivers who graced the seats of works Ferrari F1 and sports cars between the 1950s and the 1970s. Vaccarella however, holds a special place in Ferrari folklore, in particular for his performances on the mighty Targa Florio. As a Palermo school teacher who lapped the 72km (45 mile) Piccolo Madonie course each evening after work, he had an advantage over his opposition and used it to good effect when he won the race in 1965 sharing with Lorenzo Bandini. In 1967 however, his luck seemingly ran out. Four days after Bandini’s death, Ferrari sent just one 330P4 to Sicily for Vaccarella to share with fellow driver Ludovico Scarfiotti. Fastest in practice, Vaccarella started as favourite and as depicted in this painting, he leads out of Campofelice through the first lap, ending up a full minute ahead of the less powerful but nimbler Porsche 908s.

As he exited the village of Collesano on lap 2 he momentarily lost concentration and hit a kerb, forcing instant retirement. Nino would return to win the Targa Florio again for Alfa-Romeo in 1971 and 1975, thereafter living in peaceful retirement in his hometown of Palermo, until his passing in September 2021, aged 88. 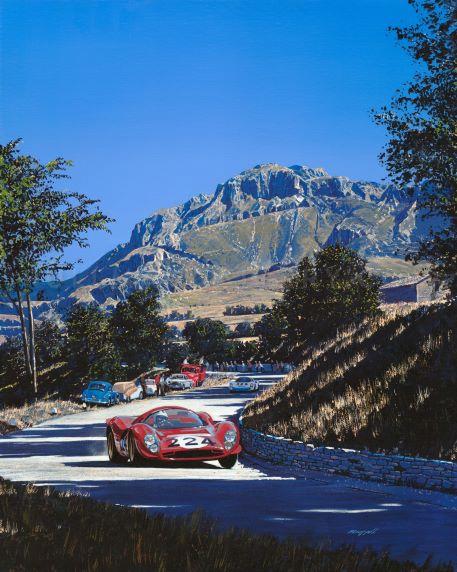 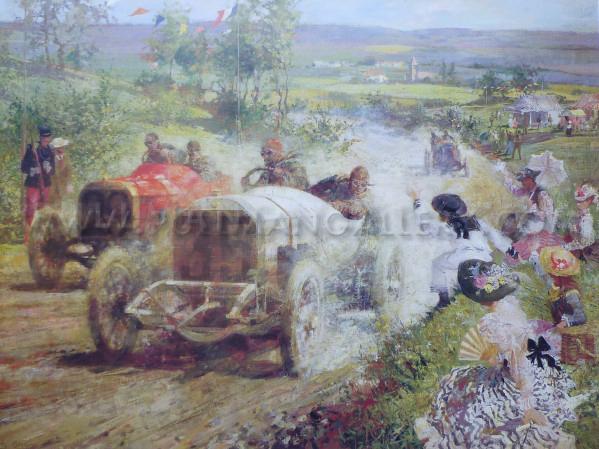 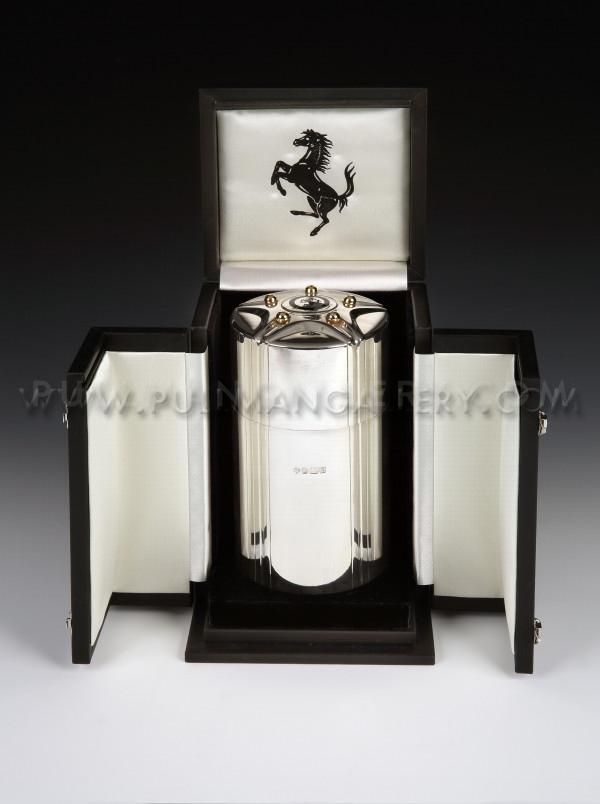 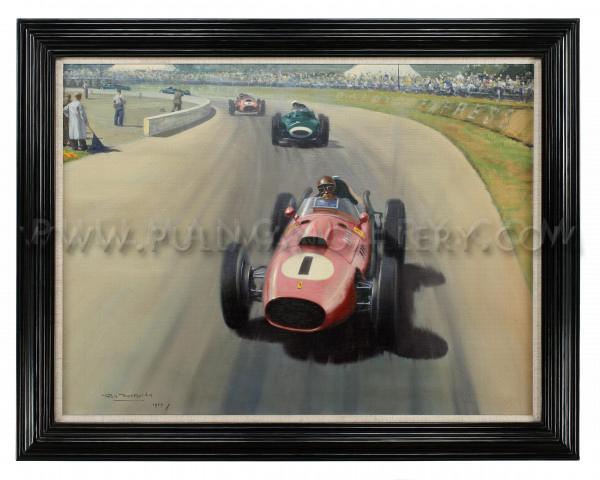