An important gouache and watercolour on artists’ board, depicting the 1922 event which appeared as the cover illustration for Motor magazine in 1922. Signed F. Gordon Crosby, 1922 and to the reverse is a shipper’s and exhibition label related to its exhibition at ‘Das Automobil in der Kunst, 1886-1986’, in Munich in 1986. Framed with a hand-finished mount and stepped hardwood frame.

Frederick Gordon Crosby is regarded as one of the most significant artists of the inter-war period in Britain. None of his generation of illustrators was more respected by his peers, nor has remained more influential in the representation of automotive subjects of the first importance, as these two examples of his work illustrate. Crosby’s unsurpassed imagery captures precisely what photographer Cartier Bresson called the ‘decisive moments’ of a never to be forgotten age. 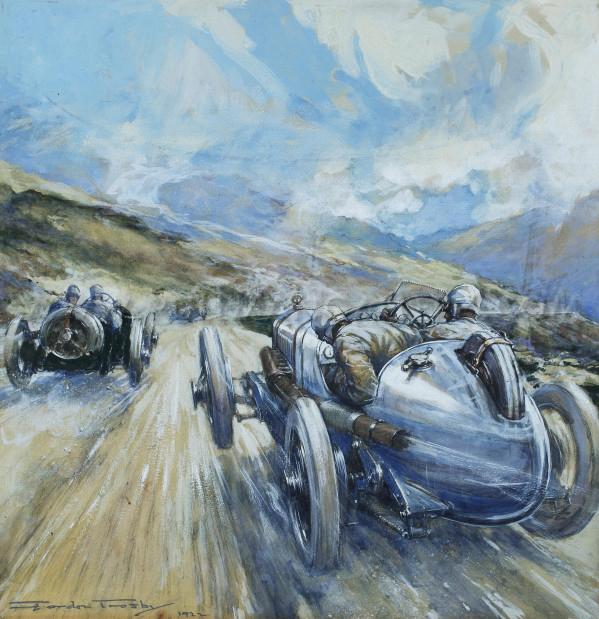