‘A Convoy of Royal Naval Battleships’.

An early, original oil on canvas painted by Crosby in 1911, depicting the Coronation Fleet Review held that year at Spithead, Portsmouth. Signed by the artist and framed with an antique white gold leaf frame with linen slip, and glazed.

On the 24th June 1911, the newly-crowned King George V was greeted by over 50,000 people at Portsmouth Harbour Station ahead of the Coronation Review of the Fleet – consisting of 165 vessels, including 32 battleships, 67 destroyers, 12 torpedo boats, 8 submarines, and the world’s first Dreadnought.

The spectacle of a Review of the Fleet before a reigning monarch is a tradition that stretches back to the 15th century, and although originally intended as shows of strength during wartime, Reviews have in recent years become more ceremonial in nature, as a celebration of Royal occasions. 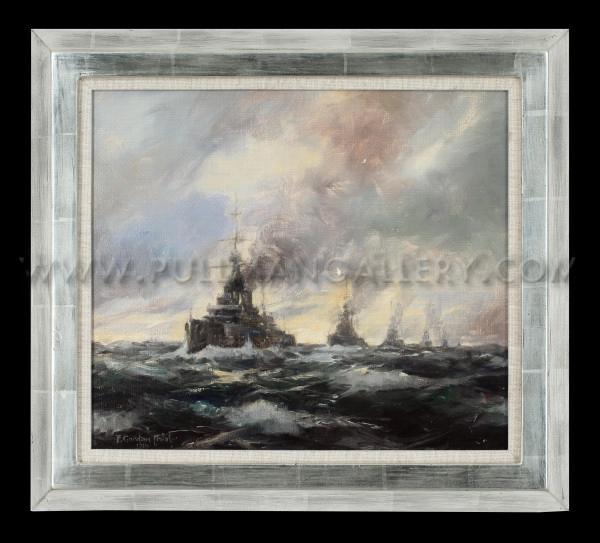 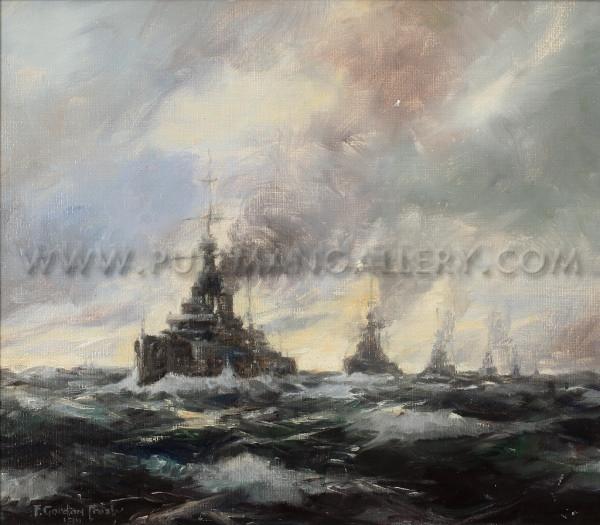