An important early motor-racing bronze sculpture depicting an Edwardian double-chain drive racing car at speed, the driver hunched over the wheel in concentration as his riding mechanic glances over his shoulder, the bronze with original brown/black patina, on bronze socle and wooden base, signed CALEGARI, Italian c. 1907.

Additional Notes: The bronze is thought to have been presented to Nazzaro after his victory in the 2nd Targa Florio race, in April 1907. Driving the very successful FIAT 28/40 model, Nazzaro completed the 3 gruelling laps of the ‘Grande Circuito’ totalling 446 Kms (c.270 miles) in a little over 8 hours, his mechanic Antonio Fagnano beside him.

Nazzaro, very much the driver to beat in the later 1900’s, is regarded as having been the Michael Schumacher of his day, with a long list of racing victories to his credit. His career resumed after World War One, and continued well into the 1930’s.

He was an extremely popular figure in motor-racing circles, and acted as an ambassador for the sport throughout Europe and the United States. Amongst many other functions, Nazzaro laid the foundation stone at the Autodromo di Monza in 1922.

The bronze formed part of Nazzaro’s collection of trophies and awards accumulated during his 30-year motor-racing career, and acquired from his family in the 1980’s by an American collector, from whom it was purchased in October 2002. 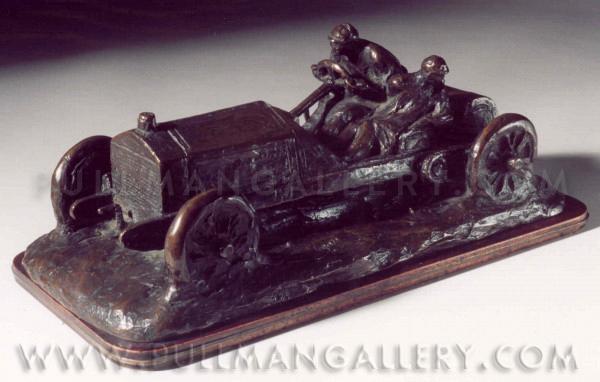 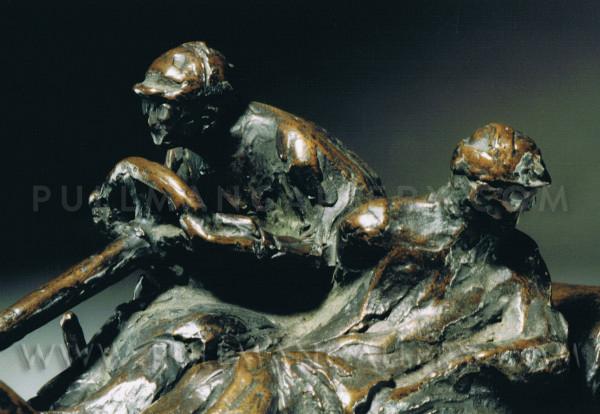