A monumental Sterling silver, early Elizabeth II trophy cup, circa 1954, with a domed circular cover with raised centre chased with fruiting laurel above an applied cut-card inscription and a band of lotus, laurel wrapped reeded rim and handles, the campana shaped bowl on four conforming reeded downswept supports terminating in laurel bosses and acanthus scrolls, the broad circular base applied with cast figures representing cricket, tennis, football and hockey, and a lotus border.

Additional Notes: From humble beginnings in their father’s garden shed in Basel, Switzerland in 1904 Camille and Henri Dreyfus developed cellulose acetate production into a worldwide industry. It was the product’s initial application as lacquer or ‘dope’ for coating the fabric of early aeroplanes which saw Camille Dreyfus invited to England by the government in 1914 and thus laid the foundations for what was to become British Celanese Ltd, with it’s iconic Derby factory and later the Celanese Corporation of America and its massive plant in Cumberland, Maryland 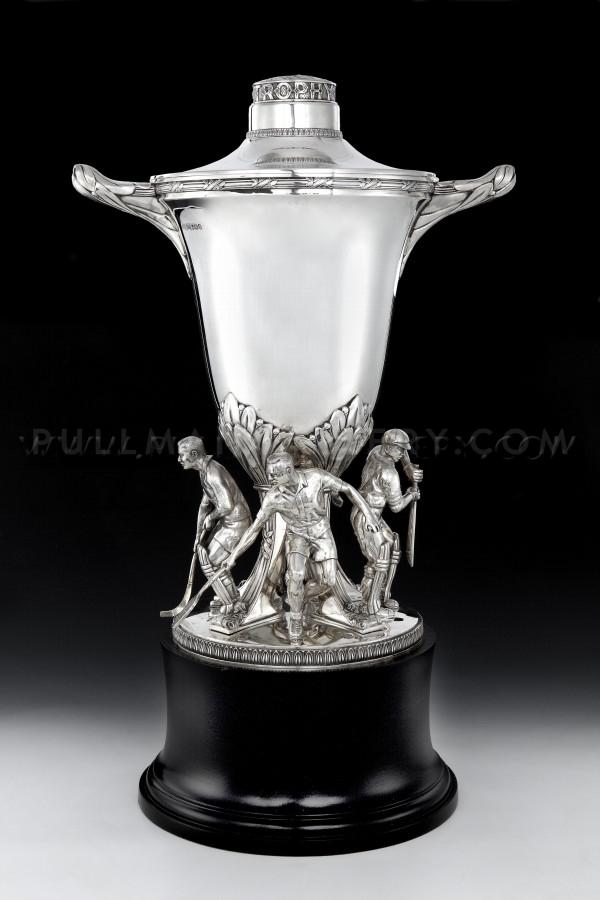 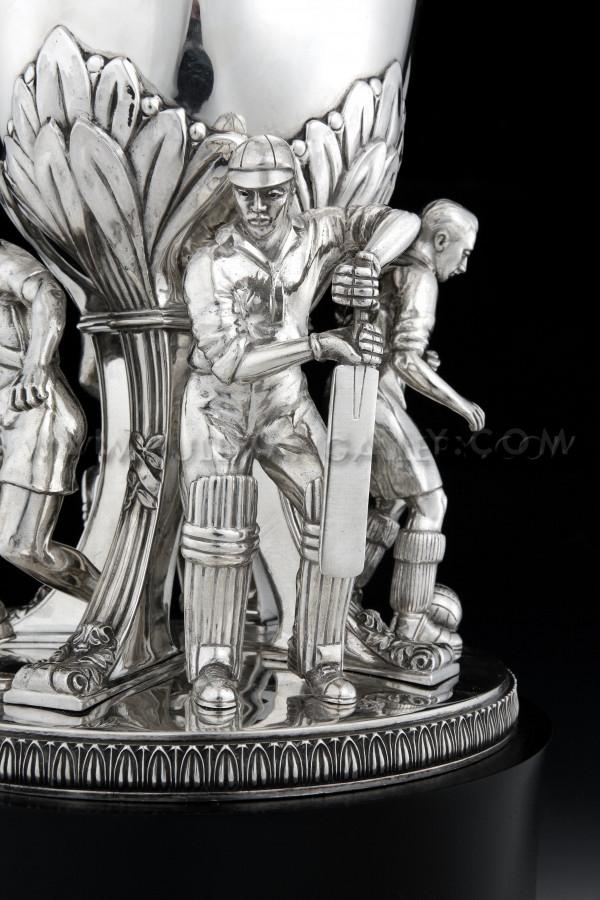 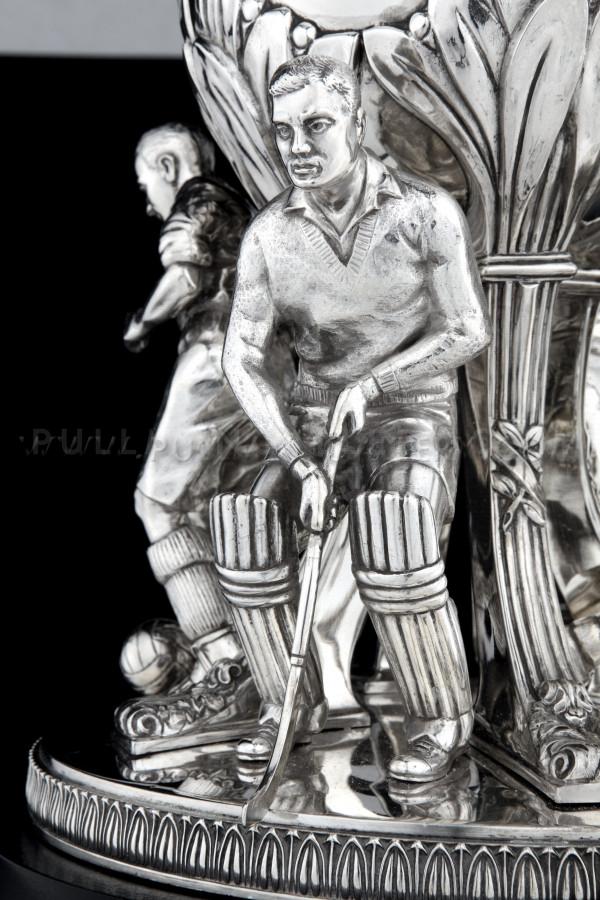 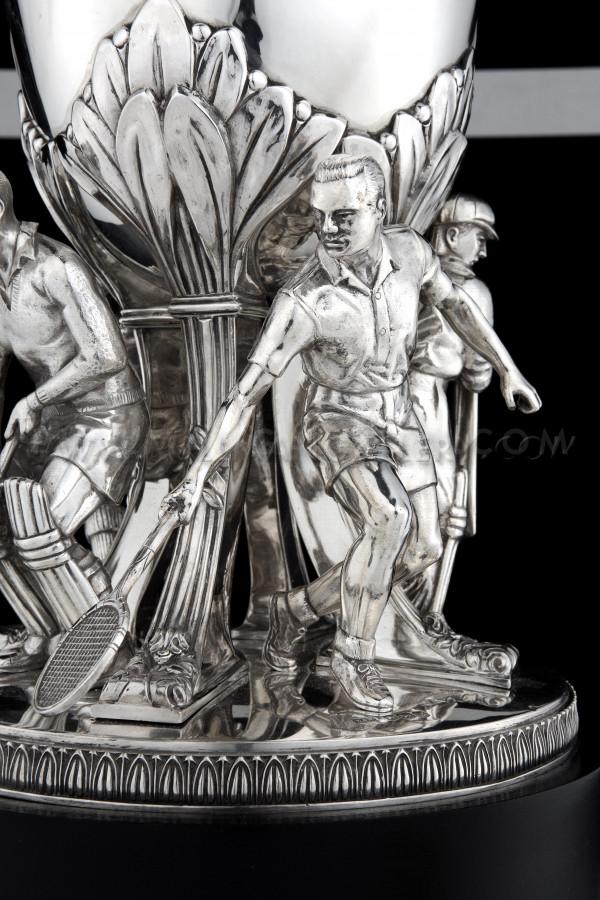