Additional Notes: The impetus for Lindbergh’s historic flight across the Atlantic in 1927 was The Orteig Prize of $25,000 for the first successful flight from New York to Paris. Raymond Orteig, owner of the Brevoort Hotel, where this plaque hung until the hotel’s demolition in 1954, received this plaque from The Hotel Men’s Association at a dinner in his honor at The Waldorf Astoria in November 1927.

The Orteig Prize was a $25,000 reward offered on May 19, 1919, by New York hotel owner Raymond Orteig to the first allied aviator(s) to fly non-stop from New York City to Paris or vice-versa. On offer for five years, it attracted no competitors. Orteig renewed the offer for another five years in 1924 when the state of aviation technology had advanced to the point that numerous competitors vied for the prize.

Several famous aviators made unsuccessful attempts at the New York–Paris flight before relatively unknown American Charles Lindbergh won the prize in 1927 in his aircraft Spirit of St. Louis. Lindbergh and many other dignitaries were in attendance at the presentation dinner at the Waldorf Astoria. 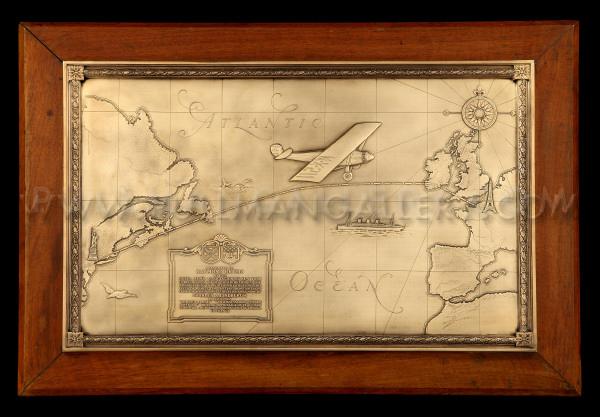 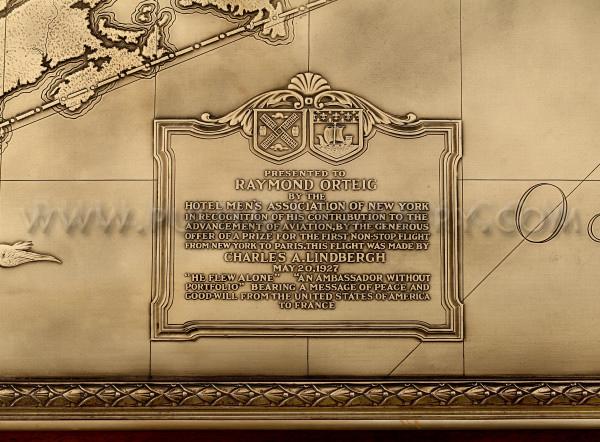 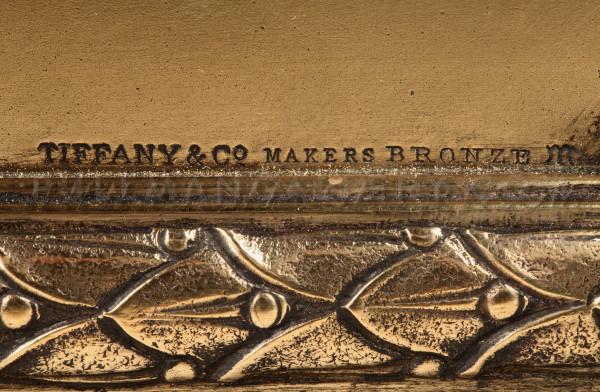