A highly decorative Sterling silver ceremonial mace in the manner of the late 17th Century, the ornate head of the mace with applied emblems of the British Isles including the rose, thistle, harp and crown, (and curiously, also a Fleur-de-Lys) and featuring to the centre, the Royal Crest, surrounded by an open beaded crown with orb finial, and stamped STERLING to the crown edge.

To the centre of the crown at the head of the mace is the motto Honi soit qui mal y pense, a French maxim, meaning shamed be whoever thinks bad of it, usually translated as Shame on anyone who thinks evil of it and is the motto of the British Order of the Garter.

Derived from a weapon carried in the eleventh century by Sergeants-at-Arms to defend a King, by the 14th Century maces became more symbolic and decorative pieces, and were often made in precious metals. Today the mace is used as a representation of an official’s authority, primarily for parliamentary or civic occasions. 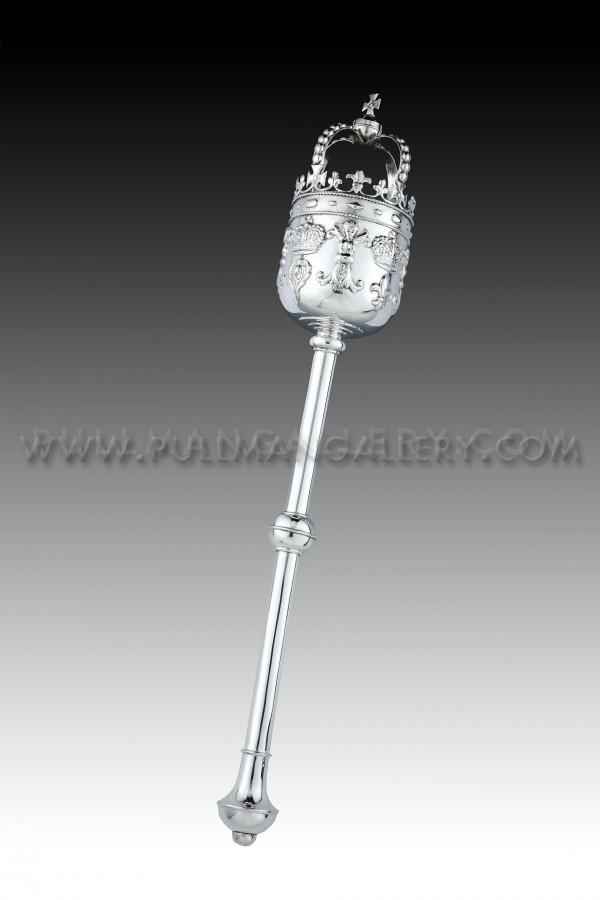 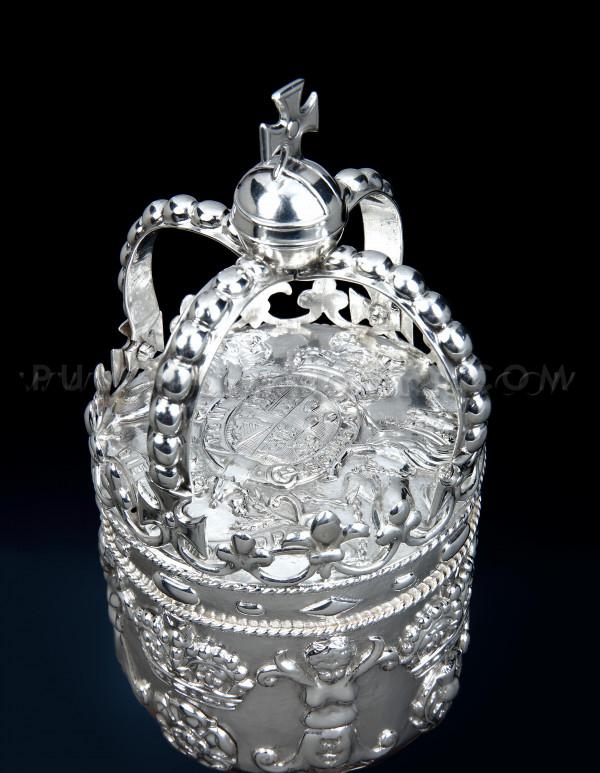