A remarkable and unique Sterling silver cigar/cigarette box with secret compartment for storage and concealment of cocaine and cocaine paraphernalia. The large box in the form of a regular ‘Treasury’ ink stand with central hinge and twin compartments for cigars and cigarettes with hidden lever which releases the secret wooden draw with fitted compartments for cocaine, a chopping mirror, hallmarked razor blade, spoon and snorting tube. Hallmarked Godfrey Maxwell, London, 1929.

Additional Notes: Little is known of the maker, London Silversmith Godfery Maxwell. However, both the quality and the workmanship and ingenuity of this undoubtedly bespoke piece are unquestionable. The manufacture of refined cocaine began in the late 19th Century, and by 1900 it was available both in the form of ‘elixirs’ and also as stronger, patient medicine. Cocaine was available over the counter in Harrods in 1910 and was issued in pill form to the British Troops in 1914 known as ‘Forced March Tablets’. It was withdrawn in 1916. By the early 1920s evidence exits of a burgeoning underground drugs scene remerging in London’s Soho, despite the introduction of The Dangerous Drug Act in 1920. London’s concaine trade was led by one Billy ‘Brilliant’ Chang and was based at his restaurant in Regent Street. Following several police raids ‘Brilliant’ abandoned the West End and moved to Lime House known as China Town. His Regent Street premises became Veeraswamy. The Indian restaurant which remain there this day.

Despite hard measures the use of cocaine in London was prevalent amongst London’s ‘Cafe Society’ by the mid 1920s, and was readily available in Mayfair. One notable user was Prince George (later the Duke of Kent), who famously engaged in a ménage à trois with fellow enthusiasts Jorge Ferrara and Kiki Preston an American railroad heiress know as the ‘Girl with the Silver Syringe’.

It is probably that this rare piece of social history was a bespoke commission for such members of London’s ‘Bright Young Things’! 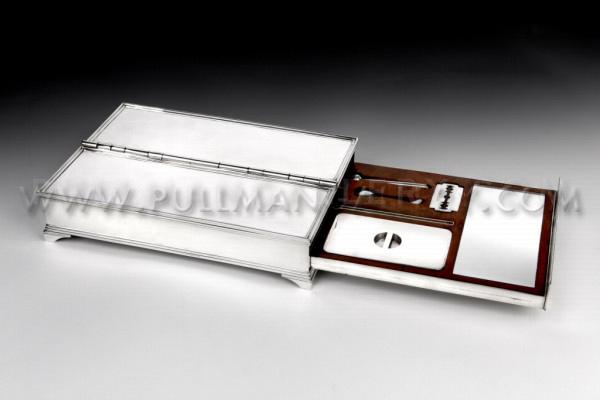 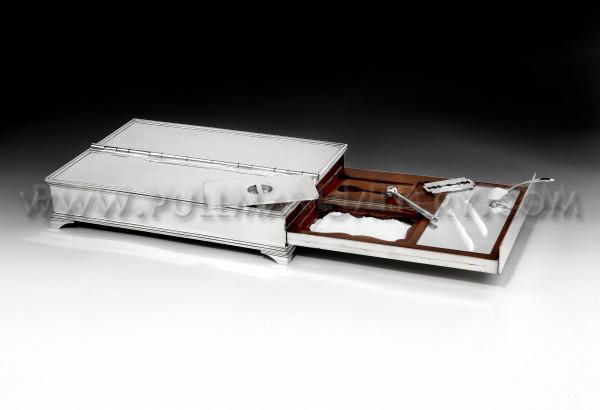 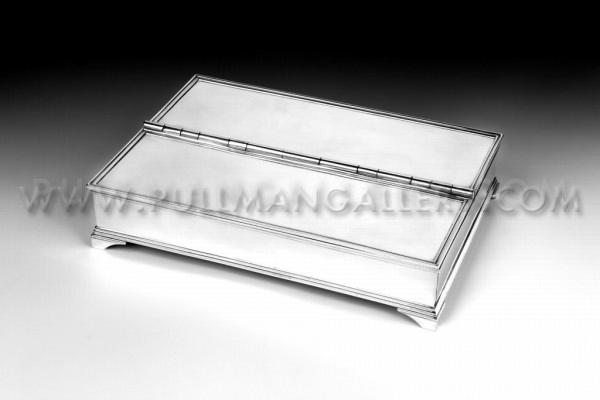