A monumental, 1:100 scale, Imperial silver model of the German battleship Kaiser Friedrich III, made to the finest detail in 1903.

The model includes Imperial flags, geared masts, ship’s cannons and deck guns, with life boats and full propeller detailing, the gilt crest at the bow incorporates a bust of the German Emperor Friedrich III (1831-1888), the stern on both sides with gilt crowned ‘W’ monogram and bearing the ship’s name. On the carved hardwood base, in silver inlay to one side, the dedication ‘Jhrem Hochverehrten Geschwaderchef, Die Offiziere und Beamten des l. Geschwaders’ (In the Year of the Much Venerated Admiral from the Officers and Staff of the First Fleet), and to the other side the dates ‘1900-1903’, also inlaid in silver, the mouldings of the acanthus-carved plinth entwined with silver plaques engraved with the names of the thirty-two ships of the first squadron of the Imperial German Navy fleet, and also bears a plaque engraved with the maker’s name, Fec. M. Fadderjahn Berlin.S.

The model rests on a bespoke display plinth with glass cover (not shown), and appears to have done so for many years, accounting for its remarkable condition.

SMS KAISER FRIEDRICH III was the lead ship of the First Fleet, and was launched on 1st July 1896. After Vice Admiral Prince Heinrich of Prussia was appointed chief of the 1st squadron in September 1900 he made the SMS KAISER FRIEDRICH III his permanent flagship in November that year. The battleship held this position until the Prince was replaced by Admiral Hans von Koester in September, 1903. It is almost certainly on this occasion that this extraordinary model was presented to Prince Heinrich as a gift from the officers of his squadron.

Additional information is available upon request. 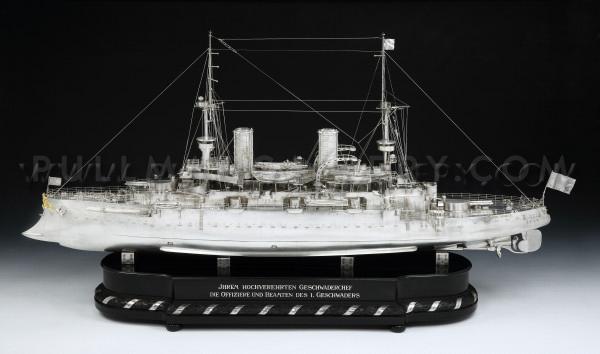 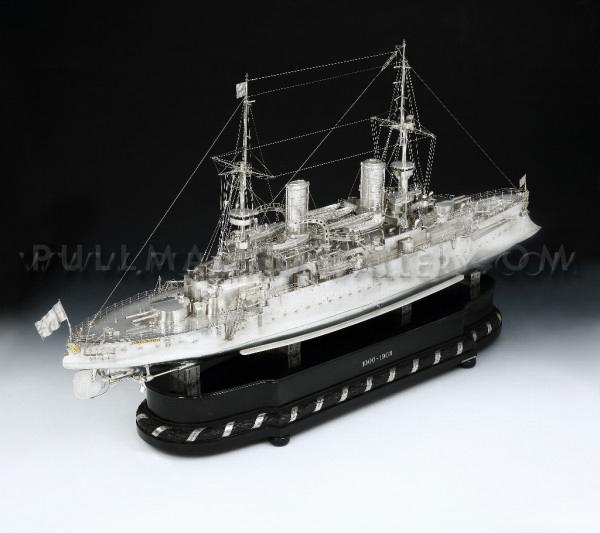 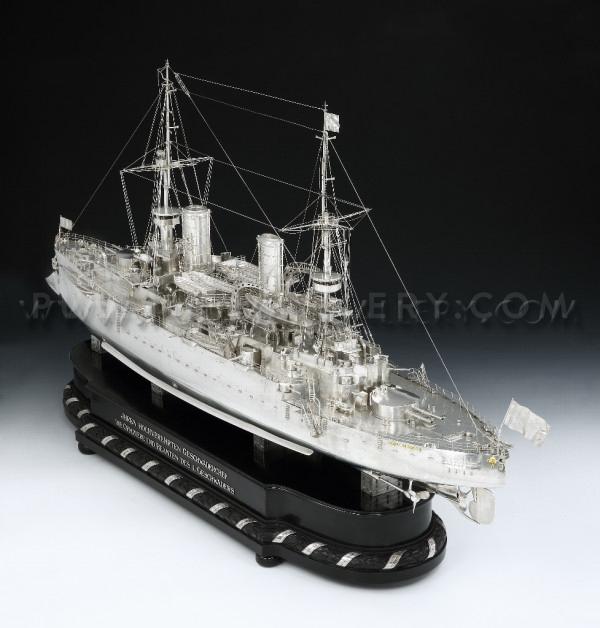 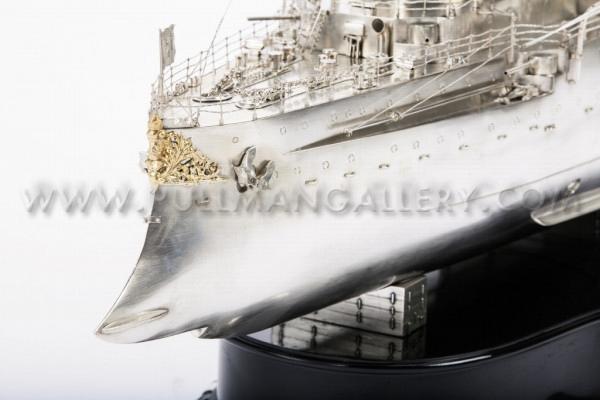