Additional Notes: An official war artist to the Royal Air Force and Royal Canadian Air Force during World War II, he enjoyed a successful career as artist and designer, after the conflict.

His paintings and watercolours are highly sought-after, and we are delighted to offer this powerful view of one of the pivotal events of The Battle of Britain, the huge German raid on London, in September 1940.

In 1990, Wootton was commissioned by the Royal Air Force Association to create monumental painting of this event, now part of the RAF Museum’s permanent collection. Soon afterwards, he accepted a commission from a retired Wing Commander (whose family wish to remain anonymous) to paint this smaller version for their own collection. 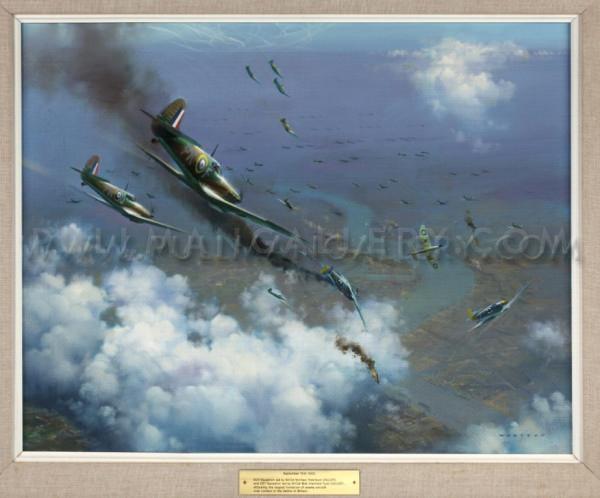