A very large and substantially heavy cast bronze of a Spread Eagle, the symbol associated with the banking institution Barclays. With its original green-brown patina, this would have been wall mounted outside a branch or office. The bronze features the three crowns device, an addition which came about following an application by the company for a Grant of Arms for the symbol, in 1937.

It is not known exactly when the firm of Barclays was established, but in 1690 a banker by the name of John Freame started trading from premises in Lombard Street, London. At a time when few people could read or write, pictorial signs were used to identify businesses.

In 1728, Freame’s business relocated to 54 Lombard Street, at the sign of the Black Spread Eagle, and a few years later his son-in-law, James Barclay, became a partner in the firm. The company expanded over the subsequent years, but the Spread Eagle symbol was to remain synonymous with the Barclay partnership. 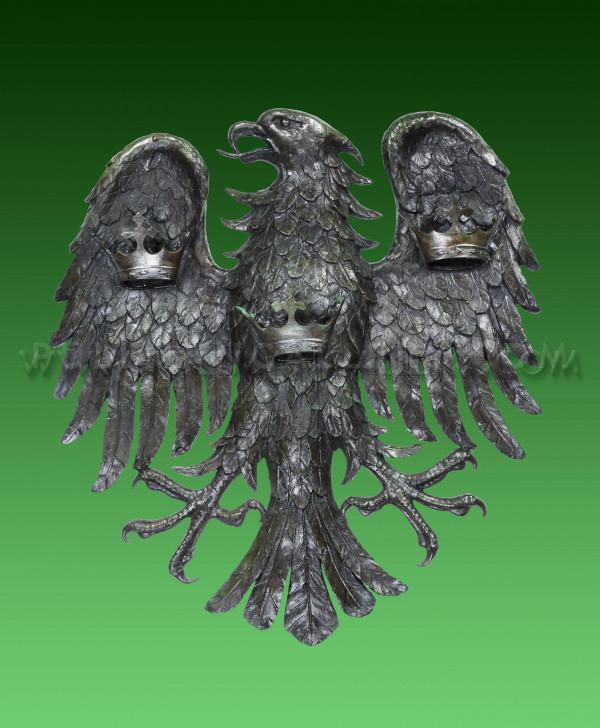