Two pieces from the archives of the Automobile Club of Monaco.

(Shown left) a chrome and enamel car mascot, featuring the club emblem and set on a cylindrical black metal base.

(In foreground) a Sterling silver cigarette or small cigar box of plain form, the lid of the box with central applied club emblem in gilt with red, white and blue enamel. The interior of the box is plain and lined in cedar wood.

Originally founded as Sport Vélocipédique Monégasque in 1890 as an association of cyclists, in 1907 the club began to incorporate motorists and by 1925 was renamed the Automobile Club of Monaco. The inaugural Monaco Grand Prix was run in 1929, and after being included in the inaugural Formula One World Championship in 1950, the Grand Prix has been run continuously since 1955. The club continues to serve as the governing body for motor sport in Monaco. 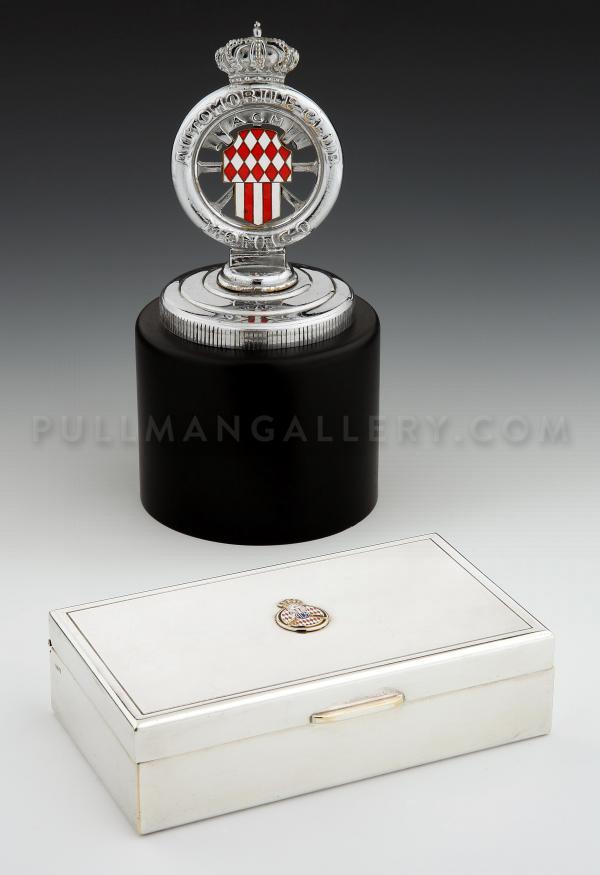 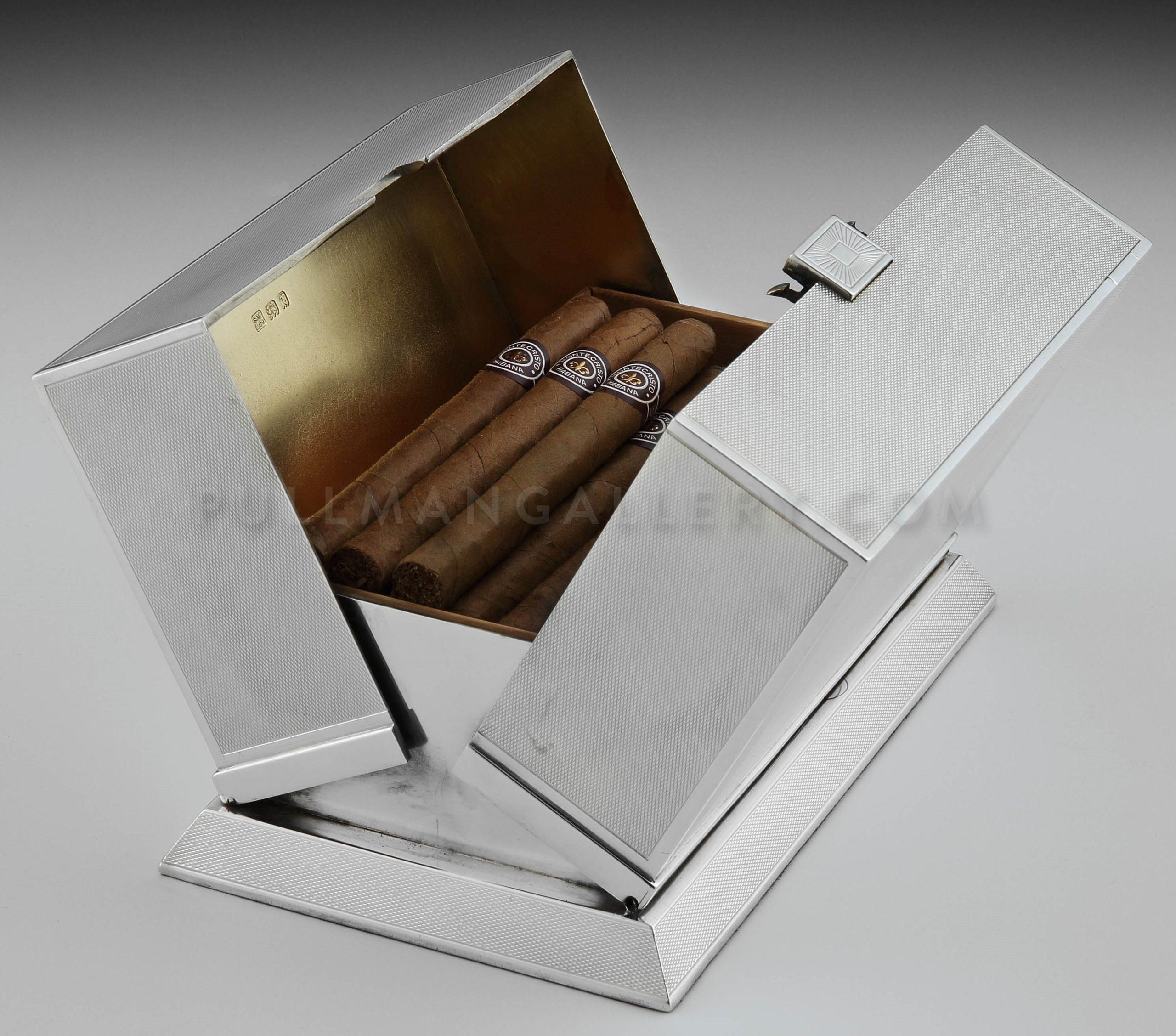 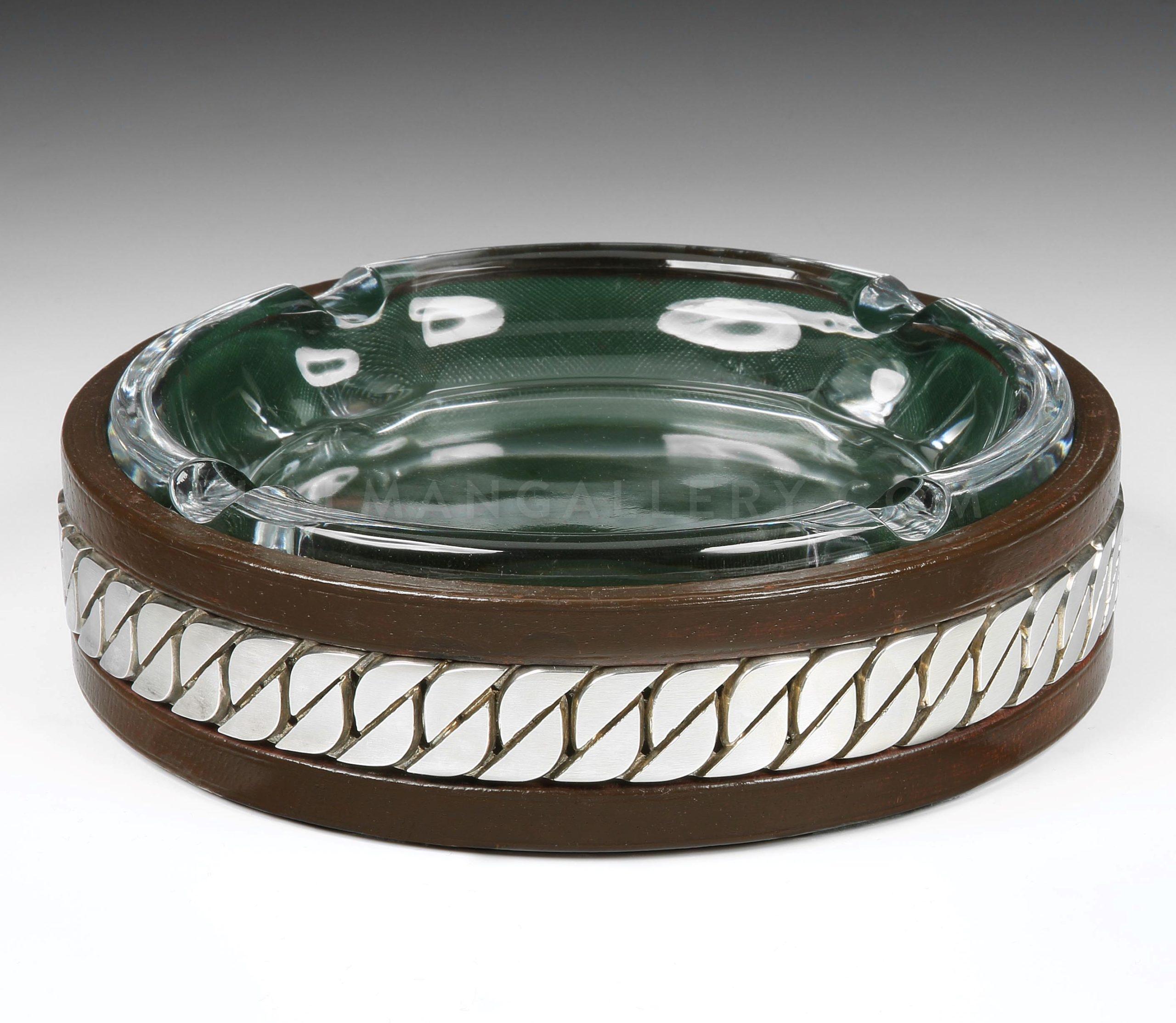 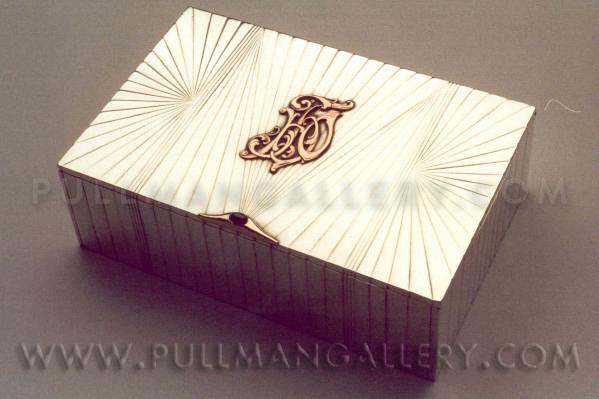 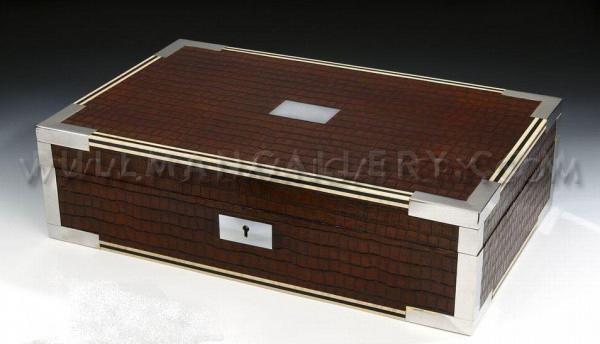