A fine, large charcoal drawing of a polo player at speed, his stick raised about to strike the ball, signed G. Denholm Armour, circa 1930. Mounted, framed and glazed.

Additional Notes: George Denholm Armour (1864 – 1949) was born in Edinburgh and was a member of the Royal Scottish Academy. He spent much of his early life in Tangiers where he painted and bred horses. He returned to Britain in 1905 and ran a stud farm in Hertfordshire. Enlisting in the Army in 1914, he commanded a cavalry squadron and rose to the rank of Lt. Colonel, appointed OBE in 1919.

Resuming civilian life, he contributed as a cartoonist for Punch for the rest of his life, and his work regularly appeared in Country Life, Tatler and other sporting publications. His enthusiasm for all things equestrian lends his animal portrayals their power and flowing movement. He was equally renowned for his equestrian portraits of society figures. He died in 1949 at the age of 85. 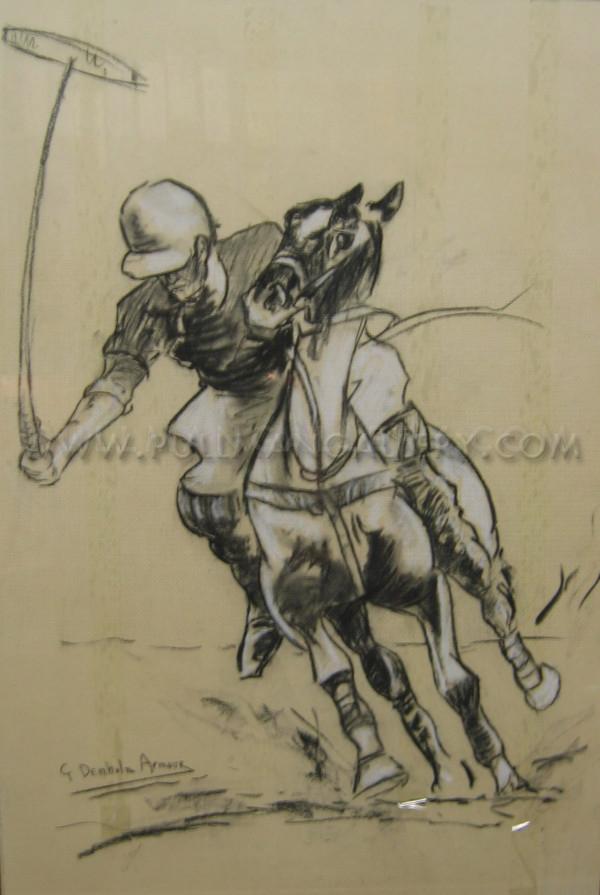