A massive and highly impressive builder’s model of the Royal Air Force airship R33, of ‘plank-on-frame’ construction with four gondolas suspended, each with engine and propeller, and copper window surrounds. The model bears RAF roundels and other markings to fuselage and rear fins, with suspension rings and chains enabling suspended display. English, 1918.

Additional Information:
The R-class of airship was commissioned by the Royal Naval Air Service during the Great War, but the first airship – R33 – was not completed until early 1919 for what had, by then, become the Royal Air Force. Built in Barlow in North Yorkshire by Armstrong-Whitworth, R33 first flew in March 1919 and during that year accomplished several hundred flying hours over the British Isles and the North Sea.

De-militarized in 1920 and mothballed the following year, R33 was recommissioned in 1925. Later in that year, a dramatic incident occurred when R33 broke free from her moorings during a gale, and drifted out over the North Sea towards Holland and Germany. Disobeying orders from Berlin to land at Cologne, the crew battled for several hours to bring R33 under control, eventually limping back to base at RAF Pulham, in Norfolk. Each crewman was rewarded by King George V with the Air Force Medal and the gift of a gold pocket watch.

R33 was finally broken up in 1928 after the discovery of severe metal fatigue in her frame. Her control car was retained, and is now displayed at the RAF Museum, Hendon. 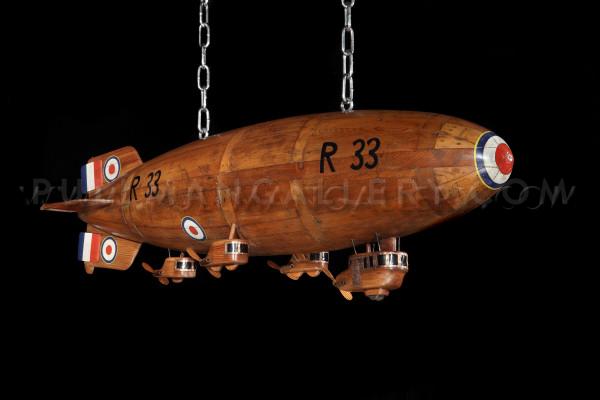 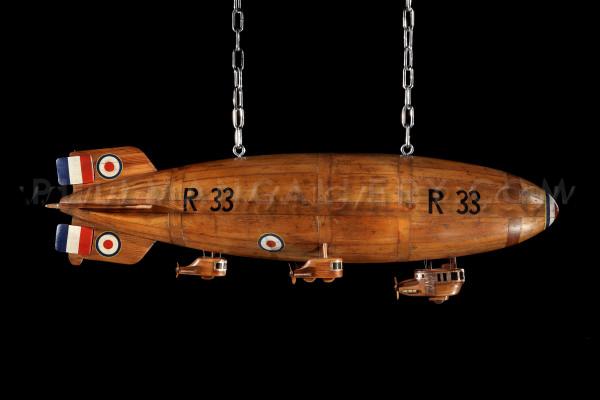 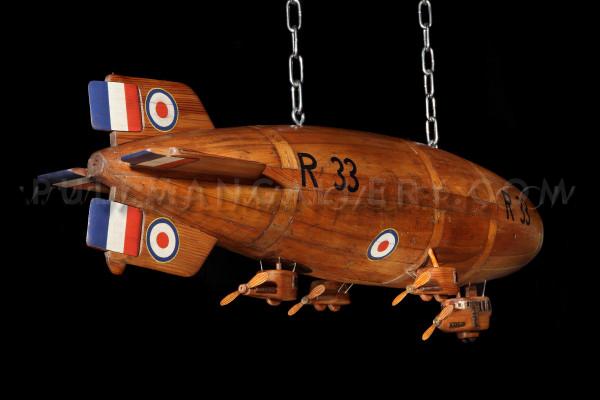