A highly unusual presentation desk piece in the form of a gilded-bronze Spitfire, the model mounted on a chrome-plated base with serpentine stand, with a central removable ashtray with four rests and bearing the Vickers-Armstrong insignia to the centre. Around the base is inscribed ‘1940 G. Norton, 1945, Vickers-Armstrong Limited, Castle Bromwich Works, 12,000 Spitfire Aircraft’, with applied RAF wings to the front. English, dated 1945.

This commemorative piece was presented to George Norton, an RAF pilot in World War I who was promoted to the Honorary Rank of Second Lieutenant on 1st January 1920. The original certificate of appointment on behalf of King George V as well as two RAF wing badges accompany this piece. Norton joined Vickers Armstrong and rose through the ranks to management level by the Second World War, and received this award after the hostilities. 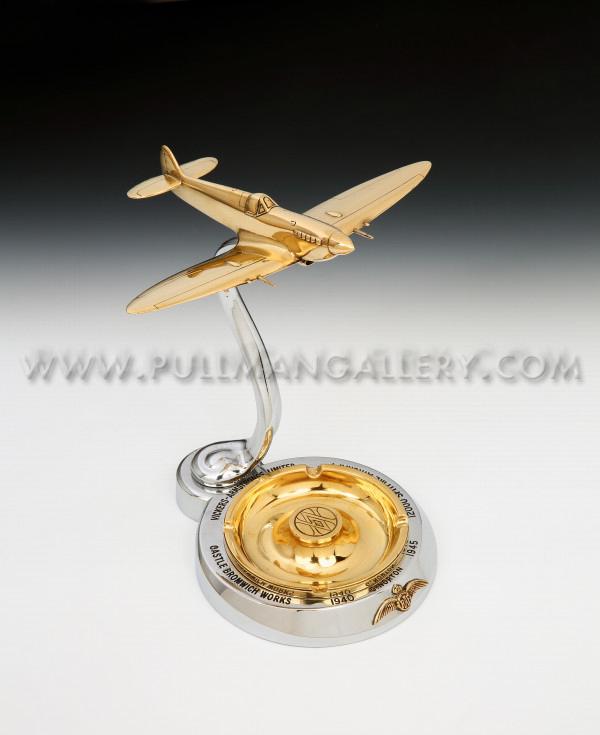