An extremely rare example of the pocket lighter design known as the ‘Rolls-Royce’, depicting a radiator grille with distinctive ‘Town Cap’ and red enamel badge (which changed to black after Henry Royce’s death in 1931), and made as special order pieces to Rolls-Royce owners through Dunhill. So few of these lighters were produced, the ‘Rolls-Royce’ never featured in Dunhill’s many catalogues.

This example, with London hallmarks for 1924, would have been an early incarnation of the design, made in 9ct gold and bearing the maker’s marks for William Frederick Wright, the London silversmith, who produced many of Dunhill’s most luxurious products from 1919-1926. In a fitted two-door calfskin presentation case.

Another (later) example is illustrated on page 175 of the definitive reference work on the Dunhill lighter ‘The Dunhill Petrol Lighter – A unique Story’ by Blei and Bottoni (published in 2004), in which it is described as ‘extremely rare’. 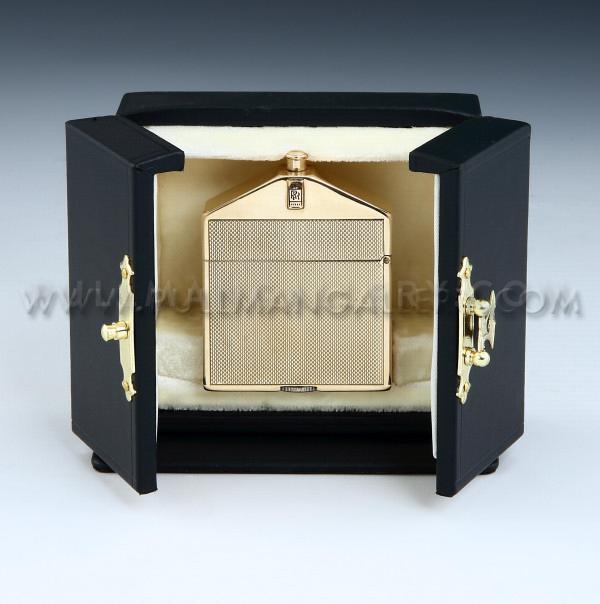 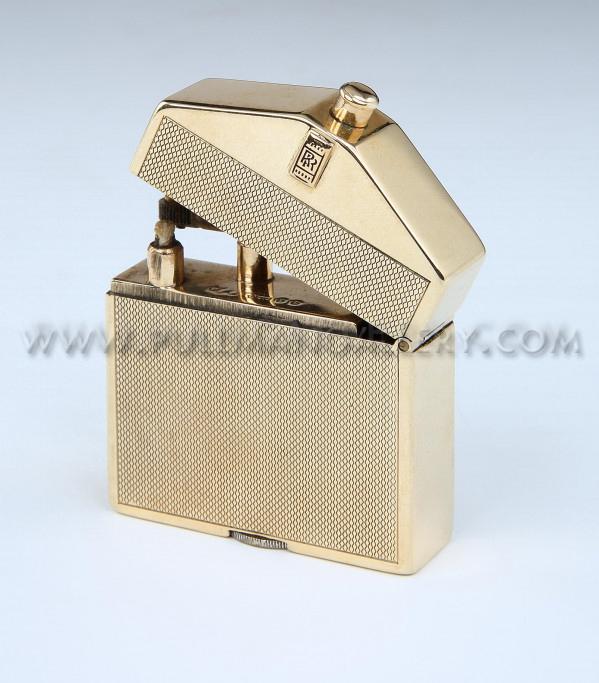