A very scarce example of the third series, deluxe model of the Alfa-Romeo P2 racing car toy, with original silver paintwork, complete with all filler caps, starting handle, handbrake, working steering etc., and with the additional features particular to the deluxe model including working headlamps which would be powered by a battery fitted beneath the car, and red painted spoked wheels with losange tyres. French, circa 1932. 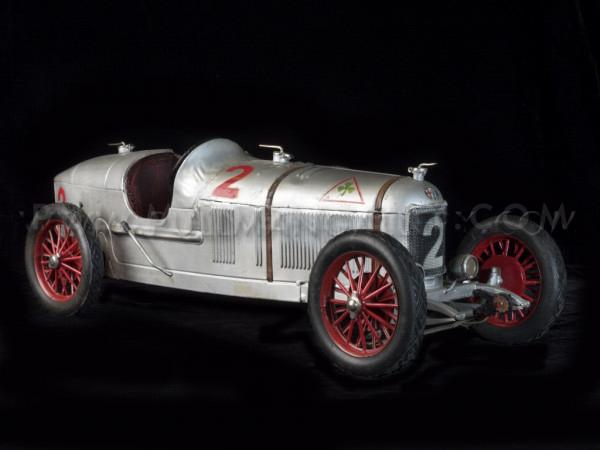 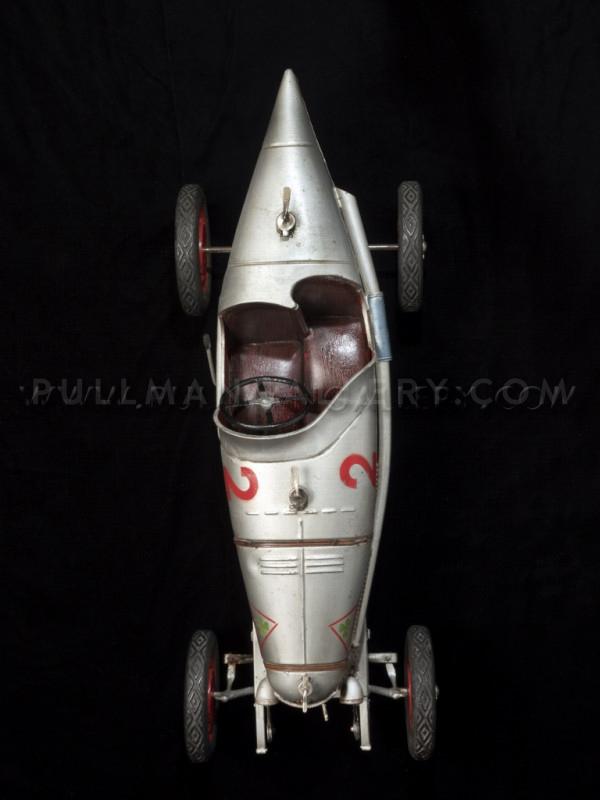 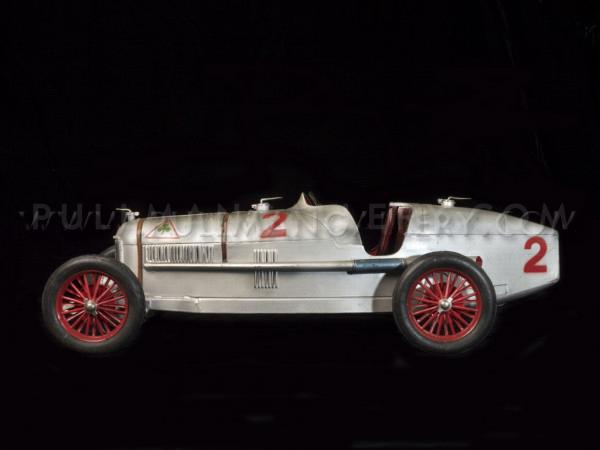 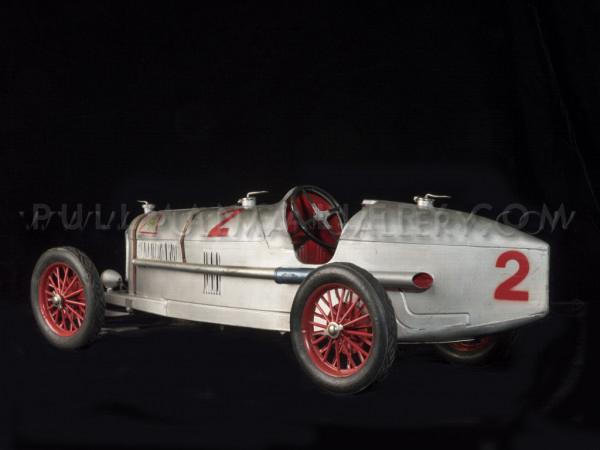 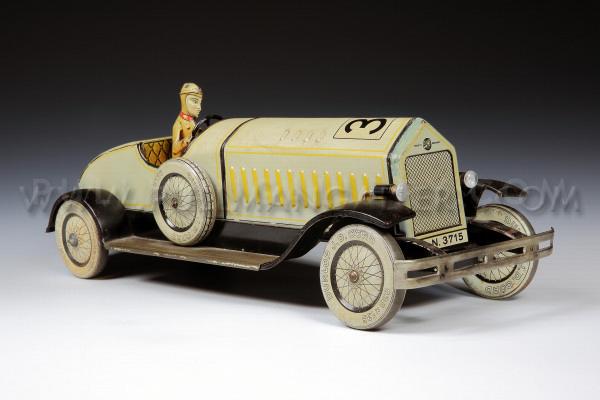 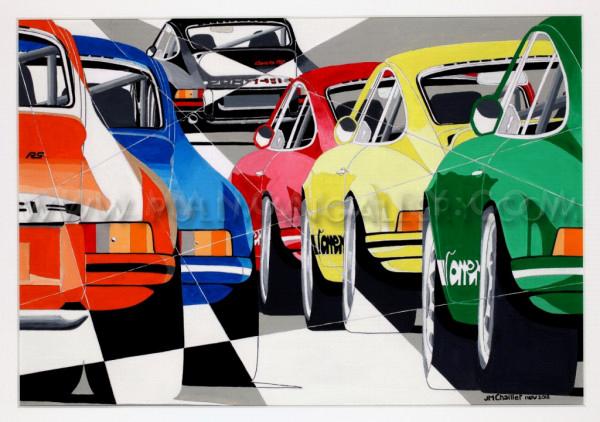 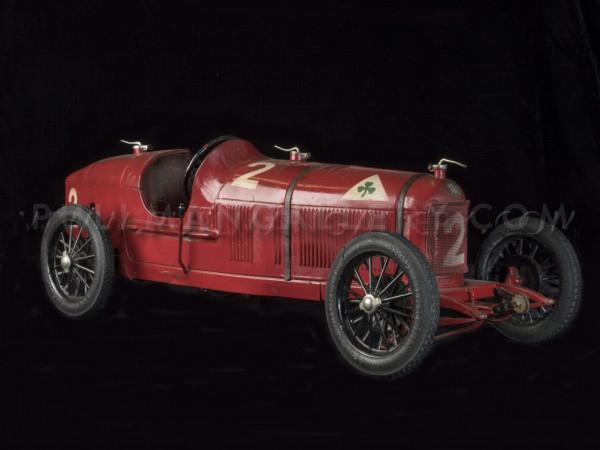 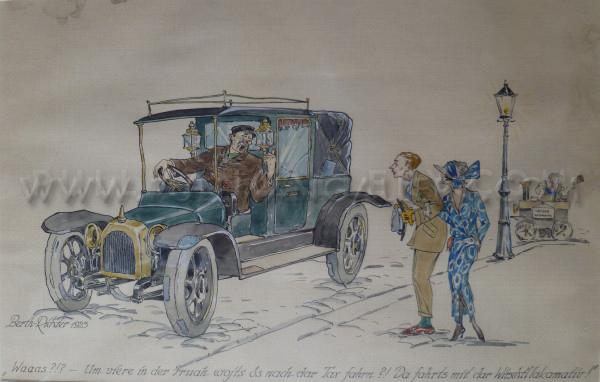