Notes: As illustrated in Guy Fabrice Mestrot’s definitive masterwork on the CIJ Alfa-Romeo P2, the bicolore versions of this toy are exceedingly rare and desirable to collectors. Only three different bicolore colour combinations are recorded, this being one.

Ranking among the best of the quality toymakers of the day, CIJ produced these child’s toys between 1924 to around 1935, starting with the coveted first series, distinctive by its un-treaded rubber ‘Balloon’ tyres. Originally produced as a celebration of the hugely successful Alfa-Romeo Grand Prix car evolved by the gifted Vittorio Jano in 1924, the original colours of the first series were intended to be representative of the racing countries – red for Italy, green for Great Britain, white for Germany and blue for France, amongst others. The second series of the toy was released in 1930, this time with treaded Pneu Michelin tyres.

The third (and final) series was produced between 1931-1935, as a response to diminishing sales. The deluxe variants, with working battery headlights were released and the hyper-rare bicolore (two colour) versions, such as this one, are excellent examples of this ‘swan song’ series. 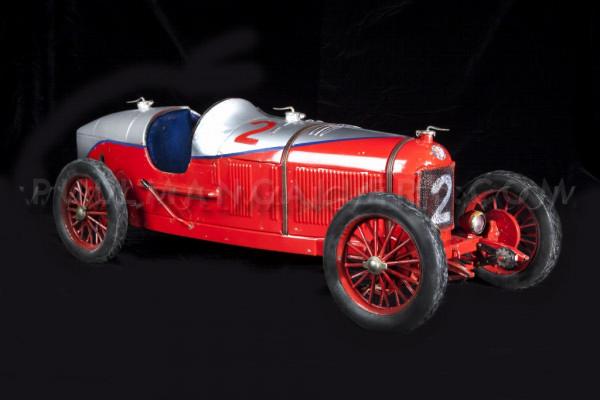 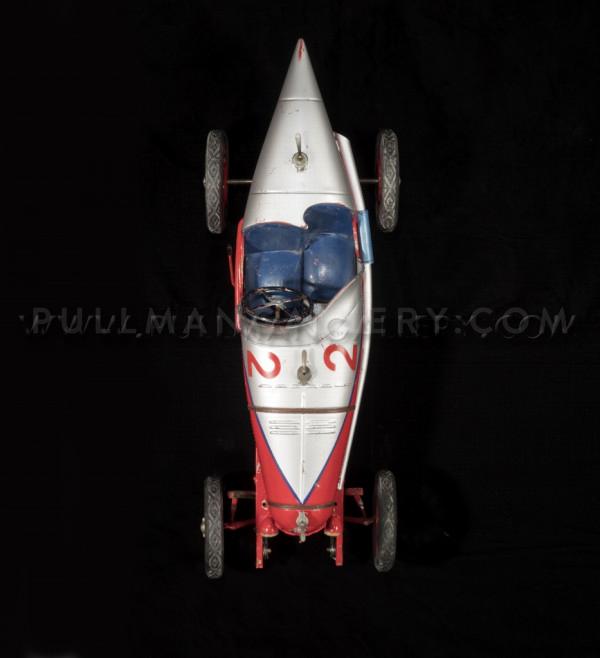 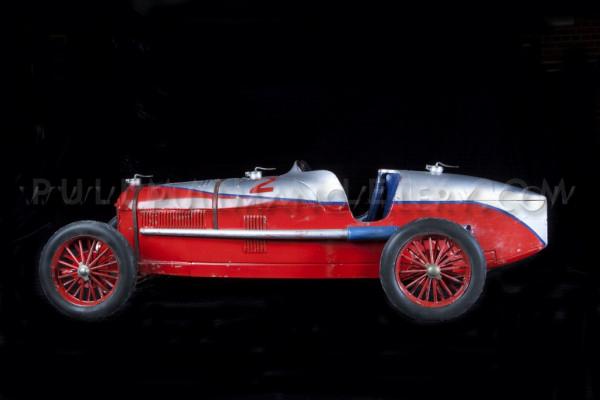 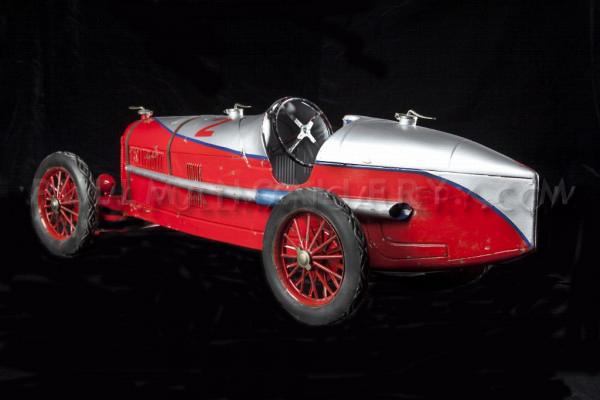