A definitive official Air Ministry demonstration model of the Avro Type 698, the high-performance delta-winged long-range strategic bomber officially named the Vulcan (the God of fire in Roman myth) by the Air Council in October 1952.

The model bears moulded Air Ministry numbering to the underside and is affixed to a cantilever base to effect a tilting movement through 45 degrees. English, circa 1935.

The Vulcan was part of the RAF’s V bomber force, which fulfilled the role of nuclear deterrence against the Soviet Union during the Cold War. It was also used in a conventional bombing role during the Falklands conflict with Argentina.

One example, XH558, was recently restored for use in display flights and commemoration of the employment of the aircraft in the Falklands conflict. 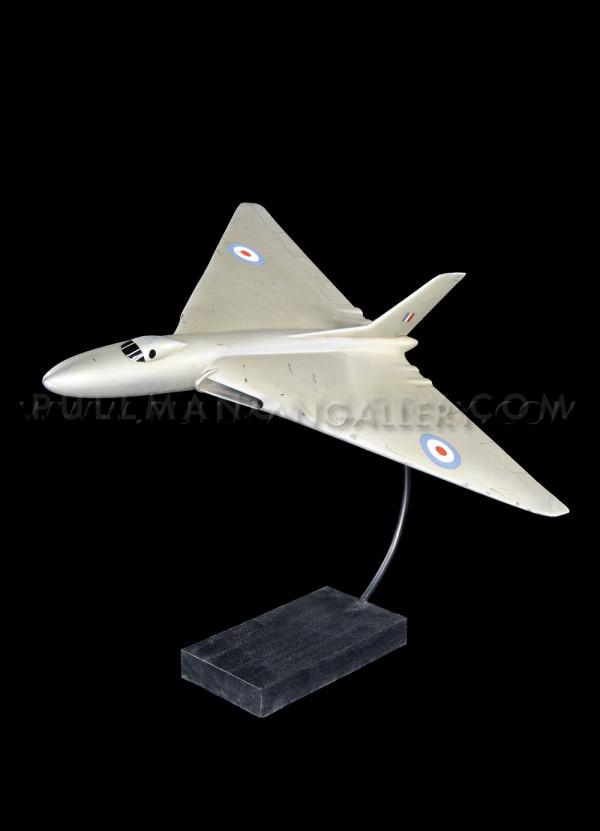