The one-off speed record car was the brainchild of David Abbot ‘Ab’ Jenkins, professional race car driver and former mayor of Salt Lake City, Utah. Built on a Duesenberg Model J, the project was financed by sponsorship Jenkins secured from oil companies and motor part manufacturers on the premise that the resulting automobile would break all established land speed records. In 1935 Jenkins delivered on his promise, achieving a new record of 153.97 mph (247.79 km/h) on the Bonneville Salt Flats. In 1938, the engine was removed, and Jenkins restored the vehicle back to Duesenberg Special specifications and used it as a road car until 1945. The car remained untouched until sold in 2004, achieving a then-record price for an American car. The new owner restored the car back to its 1935 racing specification and went on to win the Best of Show at the Pebble Beach Concours d’Elegance in 2007.

This unique model in Elwell’s signature construction style of carefully hand-formed aluminium panels, all riveted over a space frame, lends itself perfectly to the streamlined form of the car, and has no less of the detailing including racing exhaust, louvres, applied DUESENBERG script, and ‘Ab’ Jenkins’ facsimile signature, as well as cast, painted wheels and patinated tyres and full dashboard and windscreen detailing. 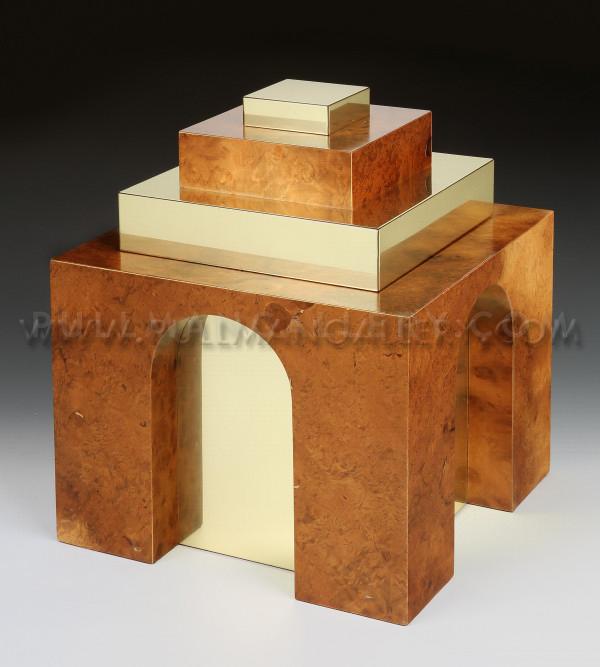