The Golden Years of Monaco
Inaugurated in 1929, the Grand Prix de Monaco quickly grew in importance, and by 1933 was ranked as a Grande épreuve alongside the much older GP races of France, Belgium, Spain and Italy. In 1936, the Monaco event became a round of the European Championship, by which time it customarily attracted the Titans of motor-racing in their Alfa-Romeo, Maserati, Bugatti, Auto-Union and of course, Mercedes-Benz Grand Prix cars. The 1937 event was the last to be held at Monaco until 1948. Immortalized in the valuable and highly sought-after race posters of the 1930s, the Golden Years of Monaco have always inspired legendary motor-racing artist Dexter Brown. Commissioned by Pullman Gallery, Dexter created this outstanding painting, depicting a dramatic scene from the 1932 event. 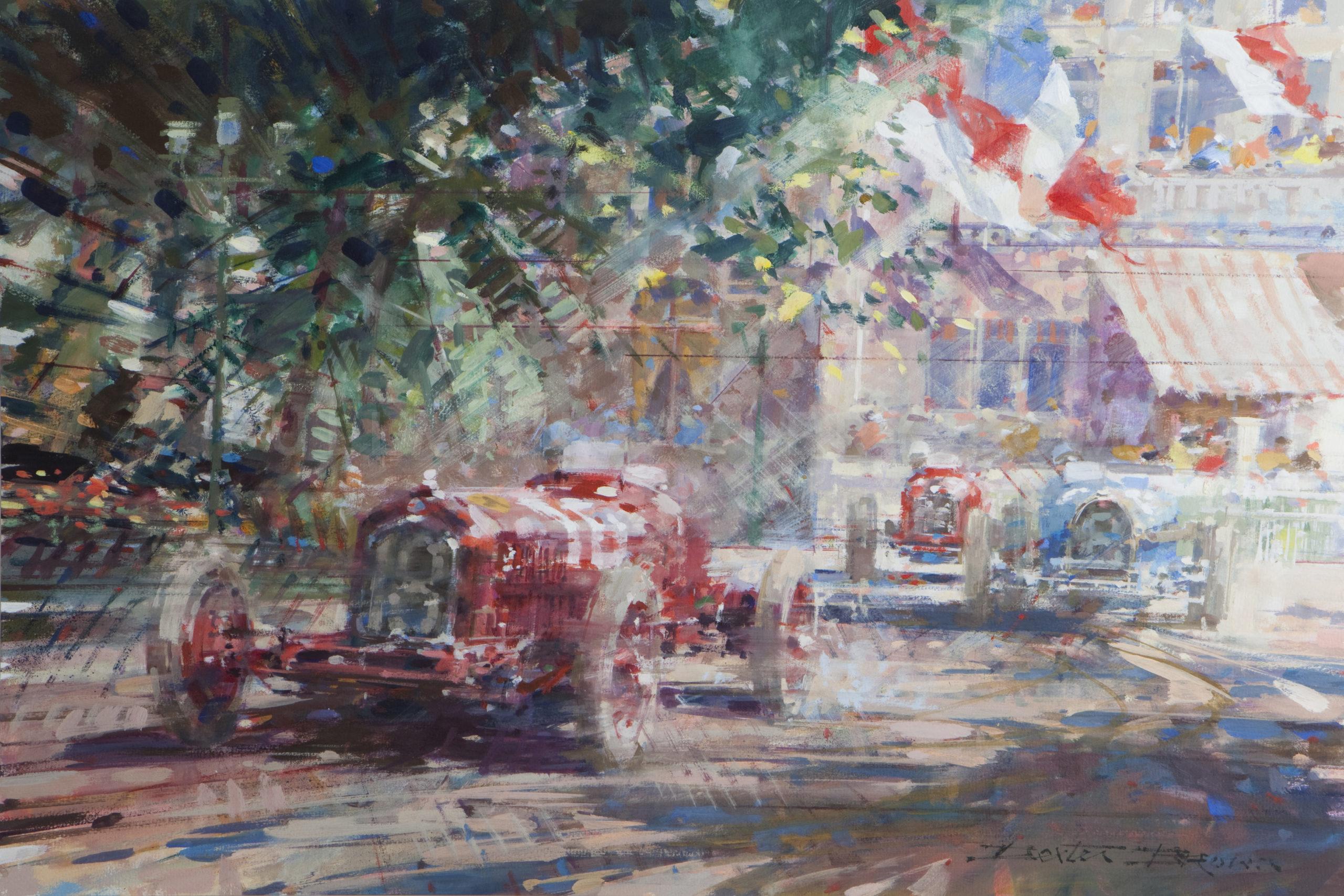